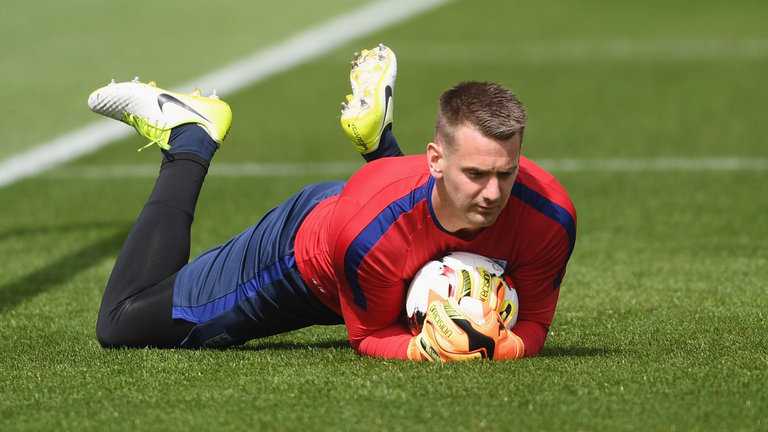 Burnley goalkeeper Tom Heaton says he never lost the desire to play for England, even when he was plying his trade in League Two.

And the 31-year-old will make make his first Three Lions start against France in Tuesday’s Paris friendly.

Heaton was highly rated during his early days at Manchester United but failed to make the breakthrough at Old Trafford and went on to play for Swindon, Antwerp, Cardiff, QPR, Rochdale, Wycombe and Bristol City.

However, he has been at Burnley since 2013 and, having excelled for the Clarets, will be in goal for the first half in Paris before Jack Butland takes over for the second.

“Obviously I have played across all four divisions,” said Heaton. “The ambition never left me, that hunger to play for England.

“It might have felt, for other people, a long way off at certain times, playing down in League Two, but I never lost that belief.

“It is a different sort of journey to a lot of lads, but I am proud of that journey. Started at United, left, went away, sort of worked back up to the Premier League. I wouldn’t change it.

“It is what it is. I like to think it stands me in good stead in terms of the experiences and perhaps the mental side of it.”

Heaton has been capped twice before from the bench but is looking forward to making a start against the French.

“I think when you set out in a career in football, playing for England encapsulates what you sort of visualise,” he added.

“I am certainly no different to that. Belting out the national anthem with the shirt on will be a fantastic moment.”