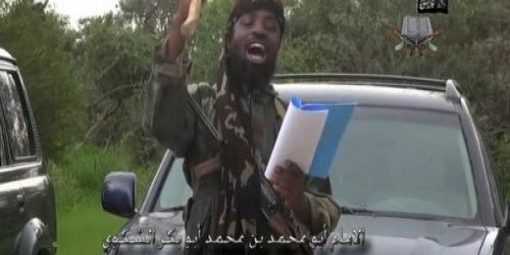 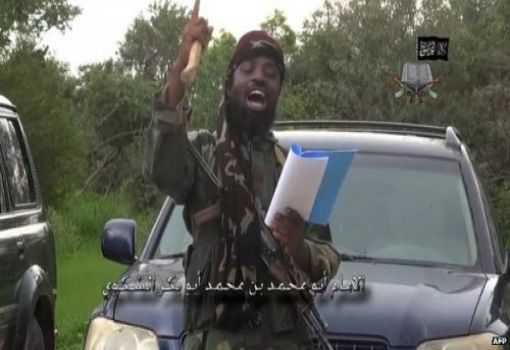 Fighter jets were pounding Bama, Borno State’s second biggest town last night –  in a desperate bid to save it  from Boko Haram insurgents.
The vicious Islamist group that is fighting to create a Caliphate in the Northeast captured the city on Monday night, hoisting its flag there.
The Defence Headquarters (DHQ) ordered the Air Force to flush them out.
A top military source, who spoke at 7:18pm, said:  “Based on the order of the DHQ, many fighter jets have been deployed in Bama to sack the insurgents from their temporary occupation of the area.

“The jets are to pound the insurgents into submission. So, aerial battle is in progress now in Bama because the insurgents have blocked access to the town.”
Asked how long the air strikes would last, the high-ranking source added: “Till the insurgents surrender and vacate Bama. We hope to reclaim the town within 24 to 48 hours because we are dealing with an unorganised group.”
There were fears last night that the insurgents might use Bama as a base to attack Maiduguri, the state capital, which is less than 70 kilometres away.
But a top military source, who described the capture of Bama as a “temporary setback”, said the  “devastated insurgents” regrouped Monday night and descended heavily on Bama.

“The troops tried to repel the insurgents but they were just too many. I think they had a base in some villages nearby from where they launched their reprisals,” said the source, who added:
“From intelligence reports, the insurgents had seen heavy casualties in their camp in their first encounter with troops at dawn on Monday. They had also put in place a Plan B with which they used to attack Bama afresh at night.

“Our concern is that the insurgents might harm the residents of Bama and destroy military, police and security formations.
“For now, reports have indicated that the situation in the town is tense. The insurgents have established a firm control of the town. They are also prepared to declare an Islamic Caliphate in the area.”

The DHQ said   a dust-to-dawn curfew had been imposed on Maiduguri to prevent the insurgents from entering the city.
The DHQ said: “The curfew in Maiduguri is from 7pm-6am, aimed at preventing infiltration into Maiduguri metropolis by insurgents who suffered heavy casualties.”
One security source said up to 5,000 people had fled Bama.

Defence spokesman Gen Chris Olukolade had not spoken on Bama at press time last night.
In a “bungled” air strike, several troops were killed at the Bama armoury by a fighter jet targeting the insurgents, according to a soldier on the ground.
The Boko Haram fighters captured the remote hilly town of Gwoza, along the Cameroon border, last month. Sect leader Abubakar Shekau declared Gwoza an Islamic Caliphate.
Troops are still battling to regain control of Gwoza.

“When we started hearing gunshots, everybody was confused. There was firing from different directions. We just ran to the outskirts of town,” Bukar Auwalu, a trader who fled with his wife, three children and brother, said. “There were military helicopters and a fighter jet. We slept in the bush on the outskirts of town.”

A soldier involved in the Bama clashes, who spoke on condition of anonymity, said the insurgents had targeted the armoury with heavy weapons, including tanks.
As troops tried to repel the attack, they called in air reinforcements. But by the time the fighter jet arrived, they had mostly lost the battle for this location. The jet then bombed the area but accidentally killed everyone there – both Nigerian troops and insurgents – the soldier said. “The situation is bad. We lost so many of our men,” he added.

A local farmer, Ibrahim Malu, said hundreds of residents had fled the town. He said he had visited his farm before morning prayers when gunfire and explosions erupted. He ran home, but by the time he got there his wife and children had fled. “I still don’t know where they could be,” he said. “Two soldiers fled with me. One of them didn’t even have shoes.”