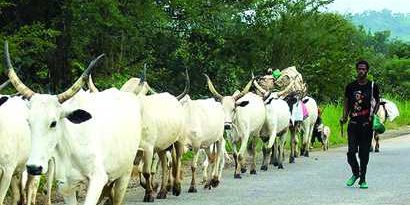 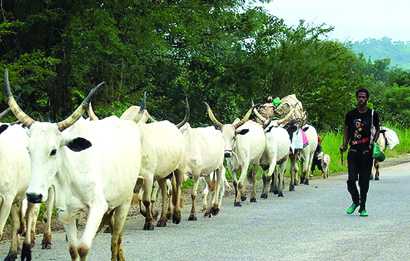 Enugu—ARMED herdsmen have continued to launch attacks on motorists and passengers plying Enugu-Nsukka Road almost on daily basis, Vanguard’s investigation has shown.
The bandits, suspected to be Fulani herdsmen, have left several passengers wounded, while others have lost cash and valuables.

Narrating their ordeal to Vanguard, some of the victims called on the police to beef up security on dreaded portions of the road.
In the latest attack, a victim, who identified herself as Mrs. Salome Nnadi, a teacher at Queen of the Rosary Secondary School, Nsukka, recounted how they were ambushed and robbed along Ugwuogo-Nike-Opi Road, a few kilometres from Enugu.
She said: “We were returning from Enugu on Thursday, around 3p.m. On reaching a sharp bend, four armed men dressed in Fulani regalia suddenly appeared from a near-by bush.
“They ransacked the commuter bus, carting away mobile phones, jewelleries and cash from passengers.”
She added that the bandits also inflicted machete wounds on the driver before escaping into the bush.
Another victim, Mr. Ogili Alphonsus, said on his way to Enugu two days ago, some Fulani herdsmen, with their faces painted black, ambushed the commuter bus in which they were travelling and robbed all the passengers of mobile phones, cash and laptops.
It will be recalled that when Enugu State House of Assembly began public hearing on a bill to make provisions for the control of nomadic cattle rearing in the state, they had decried the activities of some herdsmen in the state who had become armed robbers.
State Police Public Relations Officer, PPRO, Mr. Ebere Amaraizu, said the command was not unaware of the menace of bandits on that road but “we are on it.
Source vanguard