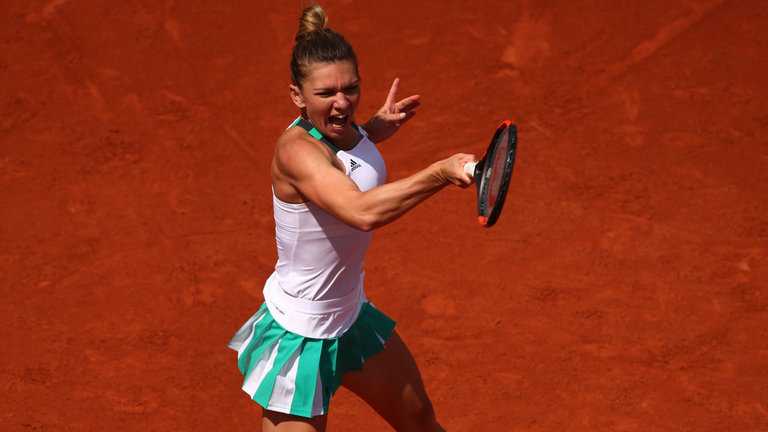 World No 4 Halep, runner-up in Paris in 2014, eased past Spain’s Carla Suarez Navarro in just one hour, losing just two games on her way to a 6-1 6-1 victory.

She will face in-form Svitolina in the last eight after the fifth seed was forced to come from behind against Croatia’s Petra Martic before sealing a hard-fought 4-6 6-3 7-5 success and a second career Grand Slam quarter-final, both at Roland Garros.

All the remaining women in this year’s event are without a Grand Slam title meaning the tournament is living up to its wide open billing and four high-quality quarter-finals are in prospect.

Halep, the tournament favourite, was the first woman through on Monday with a blistering display to see off Suarez Navarro to reach an eighth career Slam quarter-final.

The Romanian, who is seeded third in the French capital, has yet to drop a set in her opening four matches and is in the sort of form to make amends for her three-set defeat to Maria Sharapova in the French Open final three years ago.

If she wins the tournament on Saturday she will become the new world No 1, but she will face arguably the toughest test left in the women’s draw with no one having won more tournaments than Svitolina this year.

The Ukrainian has four titles under her belt in 2017, including two on clay, with the last coming in Rome just days before the French Open where she beat Halep in a high-quality final that eventually turned when Halep suffered an ankle injury.

Svitolina was given a tough test by world No 290 Martic, who stunned the crowd on Suzanne-Lenglen by claiming the first set before the Ukrainian rallied to book a first Grand Slam quarter-final since 2015, but only after another huge final set scare.

Martic, who had battled through qualifying to reach a first Grand Slam semi-final since 2012, led 5-2 in the decider but Svitolina displayed all the resilience that has seen her rise to a career best sixth in the world rankings to reel off five games in succession and a reunion with Halep.

Second-seed Karolina Pliskova also made it through to the last eight despite an early scare against Paraguay’s Veronica Cepede.

The world number 97 Cepede had only won one match at the majors before this year’s Roland Garros but she was the better player in the first set with Pliskova hitting just four winners.

Pliskova, the highest seed left in the tournament, lost her first two service games on the way to a 6-2 first-set loss, but fought back superbly in the second by breaking in Cepede twice in similar fashion.

She then broke late in the third at 4-4, before calmy serving her way to the match.

She’ll face 28th-seed Caroline Garcia, who came out on top in two sets against Alize Cornet, winning 6-2 6-4 in an hour and 32 minutes.

Cornet was broken twice late on in the first let, before Garcia fought back twice immediately after having been broken late in the second to reach the last eight.