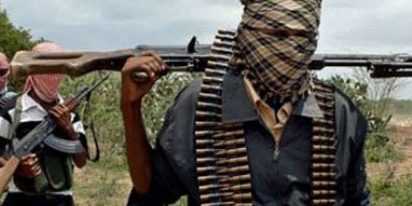 Saturday Vanguard gathered that hoodlums in Udu were not happy with the battle the deceased waged against hoodlums in the  area in his bid to make the town crime-free. One of his aides was killed not too long ago by hired killers.

An aide of Erhinyoja was killed not too long ago by hoodlums under suspicious circumtance.
National coordinator of the Forum for Justice and Human Rights Defence and Centre for the Vulnerable and the Underprivilege (Centrep) , Mr. Oghenejabor Ikimi, in a statement, yesterday, described the act as “wicked, satanic and senseless.”

His words, “Upon inquiry at the Nigeria Police Station, Ovwian,  a policeman who preferred to remain anonymous informed us that the deceased was murdered in cool blood outside a beer parlour where he had gone to wind down after a hard day’s job.”

According to him, “ The  murder , nevertheless, speaks volume of the precarious state of insecurity in our polity and the need for the three tiers of government to urgently tackle same head long,  rather than trivialising and paying lip service to same.”

The groups called on the Inspector General of Police to immediately order a crack investigation into the above murder in a bid to apprehending and bringing the  culprits to book to serve as a deterrent to others.
“ We note that the deceased died in the cause of getting rid of Udu and the entire state of hoodlums and miscreants.

“We,  however,  commiserate with the family of the deceased and the entire Udu Central vigilance group and the good people of Udu and we pray God to grant them the fortitude to bear the loss,” they added
Source vanguard