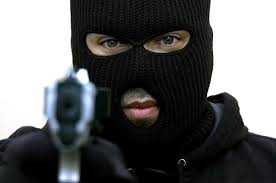 A 95-year-old Senior Apostle General of Messiah Gospel Church, Urhokuosa, Benin-city, Moses Aibangbee, was kidnapped on Thursday at 5.30am at the entrance of his church.

Narrating the incident to journalists, Pastor Aigbe Christopher said he woke up around 5am in preparation for the morning service only to by accosted by four persons fully armed with guns.

He said: “As I woke up around 5am this morning (yesterday), I opened my front door and saw four persons by the window of our Papa Aibangbee. They left the window and pointed their guns at me, telling me to ask my wife to switch off the radio that was on at that particular time.

“They then asked me to cooperate with them and they had not come for me but Papa Aibangbee.

“At that point, Henry, Aibangbee’s son, had readied the car to take papa to church. As they drove off to church, they left me and I ran after them because the road is not too motorable.”

Christopher said as he tried to run to the church to warn the elderly man and his son through another road, he overheard the wife of the abducted priest crying that her husband had been kidnapped.

Giving his own account, Henry, who drove his 95-year-old father to church, said as they arrived the church premises, he asked his parents to wait inside the car while he went in to put on the church’s generating set, stating that before he could do that, two persons armed with guns pounced on him demanding the car key.

He said the gunmen took the key and drove his car away, abducting his father along with them.

The 95-year-old man’s wife, Mrs. Aibangbee also told reporters that she managed to sneak out of the car when the gunmen focused attention on her son.

She said she wondered what they would want with the poor old man and appealed to the abductors to release him, as he is unwell.

At the time of filing this report, the community elders and youths were meeting on the incident, while contact had not been established with the abductors.