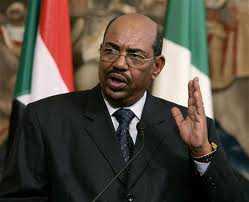 An Abuja Federal High Court was on Monday asked to order the Federal Government to arrest and surrender to the International Criminal Court, Sudanese President, Omar Al-Bashir.

This came as the United Kingdom expressed disappointment in Nigeria for hosting the Sudanese President.

Al-Bashir is in Nigeria to attend an African Union conference on HIV/AIDS.

The Sudanese President reportedly arrived at the Nnamdi Azikiwe International Airport, Abuja, on Sunday, where the Minister of Police Affairs, Caleb Olubolade, received him on behalf of President Goodluck Jonathan.

Barely 24 hours after his arrival, a coalition of Non-Governmental Organisations – the Nigerian Coalition for the International Criminal Court, Legal Defence and Assistant Project and Women Advocate Research and Documentation Centre – approached the court to compel the Federal Government to enforce the ICC warrant for Al-Bashir’s arrest.

The ICC issued the warrants on March 4, 2009 and July 12, 2010, after indicting him for crime against humanity in the Darfur crisis.

The Federal Government was listed as defendant in the suit dated July 15, 2013, and filed on the same date.

Nigeria has a legal obligation under Article 89 of the Rome Statute of the ICC and Article 26 of the Vienna Convention on the Laws of Treaties to arrest and surrender Al-Bashir to the ICC.

The plaintiffs, in the motion filed by their counsel, Chino Obiagwu, Mrs. Obiageli Nwankwo and Dr. Abiola Akiyode, prayed the court to arrest Al-Bashir immediately.

Stating the grounds upon which they sought the orders, the plaintiffs averred that the ICC had on March 4, 2009, and again on July 12, 2010, indicted Al-Bashir for various crimes against humanity.

However, efforts by the plaintiffs to get the court to hear the originating summons were not successful because the Abuja FHC commenced its annual break on Monday.

Meanwhile, the UK Foreign Office Minister for Africa, Mark Simmonds, in a statement made available on Monday by the Political and Press Officer of the British High Commission in Abuja, Robert Fitzpatrick, said the UK was not happy with Nigeria for hosting Al-Bashir.

Simmonds said, “The UK has a strong and abiding bilateral relationship with Nigeria. I am therefore disappointed that Nigeria has chosen to host President Al-Bashir of Sudan at an African Union event, despite International Criminal Court arrest warrants against him for alleged war crimes and genocide.

“This undermines the work of the ICC and sends the victims a dismaying message that the accountability they are waiting for will be delayed further. The British Government takes seriously its obligations as a State Party to the Rome Statute and consistently urges other State Parties in all parts of the world to do the same.”

But Nigeria’s Foreign Affairs Minister Olugbenga Ashiru on Monday said the country shunned the ICC directive on Al-Bashir because of AU position on the issue.

Ashiru, who is in Brazil for a meeting, said, “Sudan’s President is in Nigeria at the invitation of AU for the HIV and AIDS Malaria Summit.

“Remember the AU in 2009 passed a resolution not to cooperate with the ICC on the indictment of Al-Bashir.

“However, he is not in Nigeria at our instance as Nigeria’s commitment to the AU remains firm.”