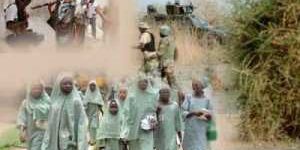 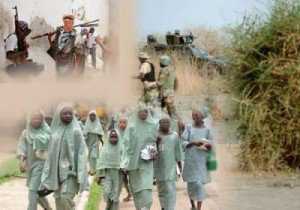 Vice Chairman, Abuja Chibok community Mutah Nkeki, yesterday accused the Federal Government of telling lies when it said that a ceasefire deal had been reached with Boko Haram.
Nkeki said the Chibok community and other communities in Borno and the northeast, jubilated when they heard the reports, only to be attacked.

He said they trusted the government and some of their people who were in hiding especially in Dambuwal, returned to their homes only to be attacked, killed or abducted.
He spoke yesterday, during the usual sit-out of members of the #BringBackOurGirls advocacy in Abuja.
He said: “To people in Chibok in particular, on the day that the announcement was made, a lot of jubilation went on in our community, because we felt that they were telling the truth, that our daughters will be back and we will once again have peace.
“Only to realise that the government was telling us lies, they claimed that Danbuwal was under government control which made people from there who had been hiding in different places to run back home, believing that they were safe only to be attacked and killed by the same Boko Haram.
“The government deceived them into believing that they were safe only to be killed. It is a pity that the government is making the whole country look bad to the world at large.”
Hon. Dino Malaye urged Nigerians to embark on a bloodless revolution against the government.
He said the government so far had fed Nigerians on a propaganda of lies upon lies, he said they lie today and use other lies to cover up on another day.
“The same government came out and said that it has Boko Haram in its cabinet. The same government said they have ruled out negotiations because they cannot negotiate with ghosts, now the same government is saying that they are negotiating with some people, the same government came out to say that the girls were found and it came out to be a lie and the same government said that they know where these girls are but four months after, saying it had done nothing about it.
“Now they have come up to say there is a ceasefire even though there was an attack on Sunday in Borno, 40 women were abducted in Adamawa yesterday and as I speak today, there was an attack in Dambuwal and women were being driven away in trucks and this same government say they have taken over Dambuwal.”