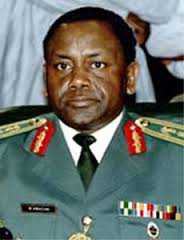 Nigeria has embarked on an international campaign to press Liechtenstein into returning €185m linked to the late military dictator General Sani Abacha, which is still harboured in the tiny principality nearly 14 years after recovery proceedings began.

The Federal Government first requested assistance from Liechtenstein in returning the assets in 2000, two years after Gen Abacha’s sudden death paved the way for the return of civilian rule.

Criminal investigations and subsequent forfeiture proceedings established that the funds originated from bribes paid by Germany’s Ferrostaal AG to companies whose ultimate beneficiary was Gen Abacha. They related to a grossly inflated contract for the construction of an aluminium smelter, according to a Financial Times report.

Liechstenstein’s constitutional court ordered the confiscation of the funds in 2012 and in March 2013 dismissed a final appeal against the order by companies linked to the Abacha family, clearing the way for restitution of the funds.

But the Liechtenstein government has declined to accept written guarantees from Nigeria that it will compensate the principality in the unlikely event that it should incur any liabilities in a further suit that has been filed by the Abacha-linked companies at the European Court of Human Rights in Strasbourg. This could delay the return of the funds for several more years.

The late Gen. Abacha was the penultimate and most brutal of Nigeria’s military rulers. He and what Switzerland’s Supreme Court dubbed the “Abacha family criminal enterprise” amassed a fortune worth several billion dollars from misappropriation of public funds during his 1993-1998 rule. The lawyer representing the Abacha family could not be reached for comment.

Ngozi Okonjo-Iweala, Nigeria’s minister for economy and finance and the former managing director of the World Bank, described the delays as “outrageous” and accused the Liechtenstein government of being unco-operative. She told the Financial Times she plans to appeal for support for Nigeria’s claims at this week’s International Monetary Fund and World Bank meetings.

“This is about funds that were stolen by a corrupt dictator. We have spent nearly 14 years trying to get them back and we are pleading with the Liechtenstein authorities not to aid and abet the continuation of that corruption,” Mrs Okonjo-Iweala said.

Liechtenstein officials defend the delay as the result of the case in Strasbourg which would, if the court accepts to hear it, address the plaintiffs’ rights to a fair hearing under article 6 of the European convention on human rights. The European court cannot overrule Liechtenstein court rulings restoring the funds but officials in the principality fear they could be laid open to compensation claims from the Abacha-linked companies.

“Unfortunately, now we are in a situation where we have a final judgment, we have the assets and the government wants to return those assets to Nigeria, but four entities have filed a case at the ECHR,” Robert Wallner, Liechtenstein’s attorney-general said.

“Even though their chances of winning are low we lawyers know we can never be sure of the outcome.”

Enrico Monfrini, a Swiss lawyer working with the Nigerian government, has traced $2.4bn of assets linked to Gen. Abacha, most of which were channelled through European banks. Nigeria has recovered $1.3bn, the largest tranche of which – $500m – came from Switzerland in 2005. A further $1.1bn – in France, the UK, Luxembourg and the Channel island of Jersey – is still tied up in legal proceedings.

“Every other country where a final court decision was taken, paid back immediately,” Mr Monfrini said, taking issue with Liechtenstein for failing to accept the Nigerian guarantee relating to the Strasbourg case. “They don’t want to trust these people because they are Africans, although the balance sheet of Nigeria is a lot better than France or Spain. I would call this a neo-colonialist attitude.”

Nigeria has engaged the World Bank’s Stolen Asset Recovery unit, Star, set up by Mrs Okonjo Iweala herself when she was at the bank, to monitor the use of the funds once they are returned – as it has done with other recovered assets. But Liechtenstein wants the World Bank to play a greater role as guarantor.

“We want the World Bank to discuss with us and develop different opportunities to how we can bring the money back,” a senior official at the Justice ministry said. “We are OK to pay the money back but we want to have an opportunity to be on the safe side…It is a long process but it is a fair proceeding,” the official said.