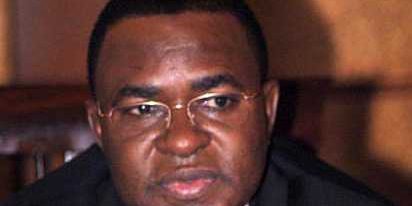 Six years after taking over the mantle of leadership of the once agrarian Bauchi State, Governor Isa Yuguda has brought in a lot of positive changes to the state and given it a notch in terms of development projects. But as his tenure draws to an end in 2015, the governor, in this interview, maintains that he will not interfere in the process that will lead to the emergence of his successor, as the people of Bauchi State will handle it from the grassroots to the top. He also explains why Nigeria should not break up.

What is the difference between the Bauchi of today and that of six years ago, when you took over as governor?

I think the difference could be best appreciated by those who were here six years ago and returning now. My predecessors did their best but, sadly, the situation I met on the ground on assumption of duty was not the best for our people. So many things were not in good shape and in all sectors of the economy, ranging from health care services to education, water supply, security,

transportation system, there has been a very remarkable change and we thank God that the Almighty God has made it possible for us to go this far.

So nobody can accuse the President of not superintending over his governors and lieutenants to deliver on their promises to the citizens of Nigeria. The President stands to be happy when his field commanders, like us, are doing well and when he goes to NEC meetings he can beat his chest that he and his governors are working to move Nigeria forward.

Which of these projects is very dear to your heart?

I can say that all are very dear to my heart but the one that is very very dear to me is the Bauchi State University established by me. We have been unlucky before now to get admission placement for our students because we don’t have one Federal University in Bauchi even though we are one of the oldest states with high population.

We don’t have tertiary institutions that can offer places for our children; we are happy now that the university will solve some of our problems because education is the key to development. Any society that does not get its education sector right will never develop. I am very happy that I have carried out a lot of interventions in the field of education in the state.

These range from rehabilitation of infrastructure and facilities, giving attention to teachers’ training and procurement of books and instructional materials to promote teaching and learning at all levels. My happiness is that we are seeing the result in passes in NECO and WAEC examinations. So I feel that having invest
ed in establishing the university, it is a great thing to us as a people.

How far has Bauchi gone with its independent power project?

We have gone far; we are only waiting for the signing of the loan agreement by the Minister of Finance. That is the only bit I am waiting for, which is what the EXIM Bank of China is also waiting for. We are listed as one of the beneficiaries of the soft loan to be granted by EXIM Bank of China. Once that is done, the Chinese will move into Bauchi and they have promised to complete the project within nine months.

Do you think you can complete all the numerous projects, which your administration has started, given the paucity of funds that is affecting the country?

Well, we have structured the financing of the projects in such a way that all the projects would be completed within the time available to us as a government. So, it all depends on the way we are able to package the financing. I am satisfied that given what we have on the ground and given that every financing arrangement has been put in place, we will complete the projects despite the financial constraints we have at the moment. We are hoping that the challenges we have will soon fizzle out because we are seeing light at the end of the tunnel. Some of the things that have given rise to low revenue to the Federal Government will soon abate and things will get better.

A good succession plan is germane to ensuring the stability of the state at the end of your tenure. So what are you doing about the emergence of your successor?

It is expected that a good manager should have a succession plan. That is important in management anywhere in the world. As a trained manager, I am expected to plan for succession. But when it comes to leadership at the level of a governor, it is slightly different because so many things come into changing political leadership. There are so many things that come into play in political leadership even though we do know that leadership comes from the Almighty Creator.

He decides on who is going to be the leader and when he is going to lead. That is why we say we cannot play God by saying this or that is going to be our next leader. Everything belongs to God and He decides who should be and not be. We cannot question him. Much as we rely on that, God will also expect the human leader to make his own input and leave the final decision to Him.

He is also a good manager of human beings and will believe in the judgment of his field commander like me. The speculation that I am interested in anointing my Secretary to Government is not true. I have not come out with any choice yet. I have not come out with any name that this is the person I am supporting. I will not do that because I believe in collective responsibility in decision-making.

So, I believe the people that will emerge as contestants will come directly from the people of Bauchi right from the grassroots. It is going to be a bottom-up approach and not the other way round. It is not Yuguda that will impose a governor on the people of the state. It is the decision of the people including me that will make it possible. I am not going to impose anybody on the state.

I have already set the machinery in motion for the grassroots to start the process of coming up with possible governorship candidates. They can be profiled by the stakeholders and thereafter come up with a personality that will carry on our own vision driven by me. They should look for people who can continue from where I would have stopped so as to move the state forward.

They should select somebody who will carry on with our dreams and meet their yearnings and aspirations when I leave the scene. Such is the kind of person we are hoping and praying for. Once they come out with such, I will not say no and Mr. President will not say no. You can see how I inherited the Yakari Games Reserves from my brother and friend, Ahmed Muazu, and I have successfully completed the project. The credit still goes to him and I am happy that the former governor was there at the commissioning of the tourism centre by the Vice President.

How will your successor emerge? Does Bauchi believe in zoning or what method will be used in selecting the next governor of the state?

You see, we all want peace and stability in our country. And if we are learning the ropes to deepen democracy, let the best person come out and rule. We believe that no community has the monopoly of best people or worst people. So, in every zone in Nigeria, or in every zone in every state in Nigeria, you must have a good person just as you have criminals, witches, robbers, kidnappers and rapists.

So you have ideal Nigerians in all nooks and crannies of our state. So if the constitution of Nigeria says for the purpose of stabilising the country, this is what we should do through zoning and the application of Federal Character in the interest of the nation so that everyone should have a sense of belonging, so be it. So if I bring out somebody from a certain section of the state, who is a hard sell, it is my party that will lose. But you will remember that in 2007, I came from the same zone with Governor Muazu but the people of Bauchi insisted that I must be the governor.

I don’t think there was any election like that of Bauchi in 2007 and 2011 when I came for second term from the same zone with Muazu. You can therefore appreciate the fact that people are happy with a person or governor who is working for them irrespective of where he comes from. But the bottom line is that we need equity and justice.

If there was somebody who could equally match my own profile, maybe I would have been defeated in 2011. But once they knew I could perform, they still voted for me despite the fact that I am from the same zone with the former governor. But like I said, we should be able to ensure justice and equity in the selection of the next governorship candidate. So, I will expect that we do a lot of headhunting. Our team will do headhunting for the best and factor in justice and equity as no zone in the state has a monopoly of good people.

What is your take on the proposed National Dialogue?

Well, I am loyal to Mr. President who has taken a decision on behalf of Nigerians, having been ordained by God to rule Nigeria. I don’t believe that Mr. President can short-change Nigerians.

There is nothing wrong in talking. Let us sit down and talk to ourselves and if there is anything that anybody feels about his own country, let him come out and say it. To me, I am a Nigerian before any other thing. If somebody is looking at it differently, he should come and say it. It is God that brought us together. Is anybody coming to ask God for making us one united people? If God wanted it, he would have created us as the Chinese with one billion people in one big country with one dominant language. Let us meet, talk and see where we went wrong and what can be done to make Nigeria better as a family.