Gov Obiano We will not allow Boko Haram in South East 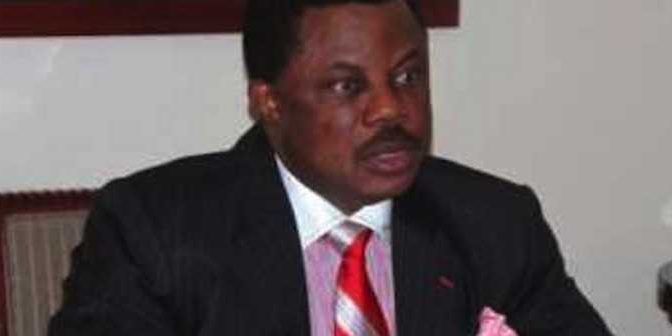 Gov. Willie Obiano of Anambra has said that the South-East would not allow Boko Haram insurgents

to extend its activities to the region.

Obiano made this known when he spoke with State House correspondents after a meeting of four South-East governors with President Goodluck Jonathan at the Presidential Villa, Abuja.

The other governors were Theodore Orji of Abia, Martin Elechi of Ebonyi and Sullivan Chime of Enugu.

Obiano was reacting to the discovery of bomb at a Living Faith World Bible Church in Owerri on Sunday.

“Boko Haram can’t get there. I can assure you that we will not allow that to happen. I can’t tell you in any material detail about bombs found and bombs not found.

“All I can assure you is that we are very alert in the South-East and watching what is going on,’’ he said.

He said the governors were at the State House to express their solidarity with Jonathan in view of the pressure he was facing over the current security challenges in the country.

“The president is a human being, he is under a lot of pressure and some other people are making the work a lot more difficult for him by the kind of utterances they make.

“Instead of supporting him to steer us out of this storming waters, they are adding kerosene to fire.

“So, we are here to tell him that we are behind him, supporting him and that he should count on us.’’

On the erosion challenge in the region, Obiano said the South-East governors were partnering with the World Bank on many erosion projects in their respective states.

He said he met with a team from the bank recently, adding that they had agreed to increase the project sites from four to 12 in Anambra.

“I believe that this intervention, which is on 50-50 contribution from the state and United Nations body, will go a long way in addressing the erosion problems.

“But beyond that, we are tackling erosion from the legal point of view.

“Henceforth, bush burning, indiscriminate felling of trees and other activities that cause erosion will no longer be allowed.’’ (NAN)