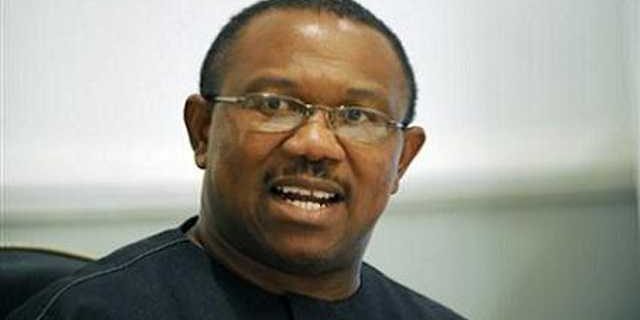 Governor Peter Obi of Anambra State has reiterated his commitment to Anambra North producing his successor, insisting it was necessary in order to maintain equity, fairness and justice.

Governor Obi made this known while answering questions on APGA commitment that the next governor will come from Anambra North during the town hall meeting at Onitsha North Local Government headquarters on Thursday.

“Our leader, Dim Chukwuemeka Odumegwu-Ojukwu died a man of honour and he fought the cause of justice till his last breath. Together with him, we made a firm commitment that after my humble self, that the next governor of the state would come from Anambra North.

During the electioneering campaign in 2010, all the candidates promised to support Anambra North. I urge them to be honourable and keep their words,” Obi said. He also debunked the crisis in APGA insisting that the party remained one.

On how a candidate would emerge, Obi said that the decision to give the State the best candidate was that of the people of the senatorial zone (Anambra North) and called on them to cultivate strength of character that would enable them remain focused and resist undue distraction from any quarter.

Commenting on the second Niger Bridge, Obi said that he had lost count of how many times the issue was raised by the South-East and himself personally with the President and the Minister of Works, as well as other relevant stakeholders. He appealed to the people to thank the President as the project is on course.

On the rumoured plan by the state to expel non indigenes from the markets in the state, the governor said there was no iota of truth in the rumour. He called on all residents to be law-abiding and perform their civic obligations at all times.

Following the commendation on the improved security situation in the country, the governor assured that it would continue to improve everyday as part of the long term plans to make the state remain attractive to investors. He called on the people to shun life styles that constitute security risk, including over indulgence in material wealth, undue excesses and abuse of privileges and should question those who have questionable sources of wealth.

The member representing Onitsha South 11 in the state House of assembly, Mrs Beverley Ikpeazu Nkemdiche noted that Governor Obi’s administration had stabilized the state and spread democracy dividends across. He reeled out projects Obi had done in Onitsha, adding that the commercial city was witnessing its glorious era under the administration.

The chairman of the occasion and Commissioner for Local Government, Mrs Azuka Enemuo recalled the deplorable condition of infrastructure and atmosphere of insecurity that pervaded the state before the inception of Governor Obi’s administration and noted that through dedicated leadership and prudent management of resources, the governor had transformed all parts of the state.

The leader of the Muslim community in Onitsha, Alhaji Iliyasu Ashu commended the governor for carrying everybody along, irrespective of tribe and religion and for laying a foundation for the state as had never done before now.