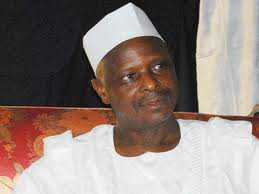 A hundred and one students of Kano State origin yesterday departed for Niamey, the capital of Niger Republic, for bilingual studies.

The Kano State government will spend N1 billion as scholarship for the students of the newly established Kano/Niger Bilingual College.

Governor Rabiu Musa Kwankwaso spoke on the scholarship when he presented the admission letters to the students in Kano ahead of their flight.

The governor said his administration was collaborating with Niger Republic on the programme to strengthen the bilateral relations between them.

According to him, the state government has earmarked N1 billion for the establishment and construction of the first phase of the college, which has modern facilities for the students.

Kwankwaso explained that the college would also boost the unity between Nigeria and Niger and enable the students to understand French.

The governor said 100 of the students are from Kano and another 100 from Niger Republic.

According to him, in the next six years, over 1,400 students would have been admitted to the college.

He said the first batch of 100 students was departing for Niger Republic yesterday, adding that the state government would pay their full scholarship for the duration of their studies.

Kwankwaso said the state government was sponsoring the programme to improve the standard of education.

The governor expressed joy that the 501 Kano State students studying in various universities overseas were performing above average.

He described the development as encouraging.

The Niger Republic’s Minister of Education, Madame Maryam Iibrahim, noted that the educational tie between Kano and her country would further enhance unity, understanding and cordial relationship.