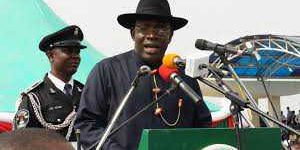 Eyewitnesses told our correspondent that the special adviser was about driving into his residence when the hoodlums blocked him.

A top security source said the bandits laid ambush for the governor’s aide.

The source, who pleaded anonymity, said, “He was returning from the church but unknown to him, some gunmen had laid ambush for him. He was taken away in his Toyota Avensis car.

The gunmen threatened to shoot him if he raised the alarm.”

A member of Dickson’s cabinet, who craved anonymity, confirmed the development.

He said the matter had been reported to the Bayelsa State Special Adviser on Security.