Gordon: We can hurt England 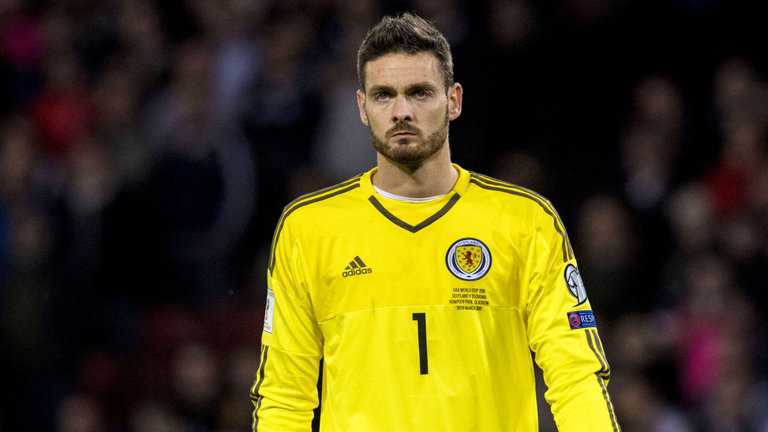 Craig Gordon says Scotland are “capable of hurting England” and insists they will not be overawed by the occasion at Hampden.

The two sides meet in Glasgow on Saturday, live on Sky Sports 1, with England defending an eight-year undefeated record in qualifiers and having also won 3-0 in the reverse Group F fixture at Wembley in November.

However, Gordon does not think the feeling around the game matches previous encounters with the likes of France and Italy, when he and his team-mates went in as major underdogs.

“We are confident in our own abilities,” he said. “Of course England are going to go in as favourites. You look at their players and they have fantastic attributes right across the team, they have good experience.

“There is nothing there that’s different from the last one. We just have to go out and impose ourselves a bit more, but we don’t feel overawed by this at all. They are a good team, we respect that, but we want to put a performance on of our own.

“Without a doubt, we have players who are capable of hurting England, and if we get enough of the ball and create chances, we fancy our chances to take one or two.”

Scotland travelled to London on the back of two disappointing results against Lithuania and Slovakia the previous month, but they kept their World Cup hopes alive with a 1-0 win over Slovenia in March.

“We played really well and created a lot of chances against a really good team,” Gordon said. “We have got to take confidence from that, it was a really good performance, we kept the ball, passed it and created chances, and we probably should have scored a few more than we did. It should have been more comfortable towards the end.

“But it was what we needed at that particular time in the group. It got us back into contention and if we can perform like we did in that match, then we will certainly cause England a few problems.

“We did stand up and be counted, every player out there did their job and played really well, and it showed we are still together and still fighting to try and qualify. We can use that.

“We are never going to give in, we know that, and we take that into this game in the knowledge that everybody is pulling in the same direction.”

The 34-year-old also said the world’s oldest international fixture is still as special as ever.

“Absolutely, of course it is,” Gordon said. “There is no bigger international game for us. Whoever plays England, they want to beat them, and we are probably at the top of that list. We can’t wait to get started, it’s a great opportunity for us to have a go and be the team that is the first to beat them in a long time.

“It’s huge. The build-up to it has been excellent, everybody is in a great place so it’s all set up now. But it’s only memorable for us if we win, and that’s what we are going out to try and do. It’s exciting at the moment, I can’t wait to get started, but we still want to cause an upset and get something.

“We’ll have to play at our very best, at the top of our capabilities. If we do that then we give ourselves a chance.

“We will need to defend really well, we need to make blocks, we need to chuck our bodies on the line and do everything to keep the ball out of our net. They have got great threats but we need to concentrate on ourselves.

“If we get our game plan right and manage to stop them playing in the areas they want to play, then we will give ourselves a chance, whether it’s on the counter-attack or possession-based.”