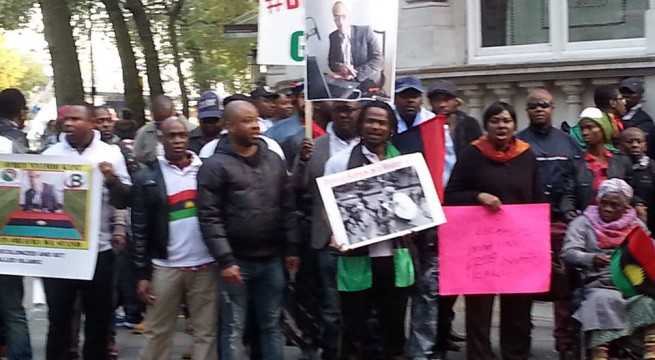 The Spiritual Leader of INRI Spiritual and Evangelical Church, Oke-Afa, Isolo, Lagos, has once again reaffirmed his prophecy that President Muhammadu Buhari is not the person to lead Nigeria to the promised land.

Like the biblical Moses, Ayodele said, Buhari will only lay the foundation for a new Nigeria but won’t be the one to lead the country to the desired promised land.

Speaking with Vanguard, the controversial prophet said he was teaming up with several prophets to offer a prayer for Nigeria.

According to him, “What Buhari has come to do is not to take Nigeria to the Promised Land but to pave the way for it to happen. He will lay the foundation for a new Nigeria.”

Speaking further, Ayodele said he foresaw many republics springing up from this entity called Nigeria.

His words, “Nigeria may not be one again, and we will then have a regional system of government whereby each region will operate on its own, and I see a situation where different republics come out of Nigeria because we failed to find drastic solutions to our problems. Maybe there is security report to that effect or not, I do not know.”

On the ongoing scarcity of petrol nationwide, the cleric said, “You remember I said in one of my interviews in the past that Nigerians would buy fuel for N200, N250. Has it not come to pass now? It is the same thing I am saying now; many people may not believe. I said that some states would collapse economically and that Buhari would become President but that his government would be fluctuating.”

Asked what the way forward is, the Apostle said, “Now, the solution is this, the prophets have to come together. There are differences between prophets and pastors. I have been taking steps for prophets to meet and pray for this nation through their anointing. The country needs prayers. What is happening now to the nation is more than the government can do alone.”