God, and not man, installed me a gov after 306 day of fasting and praying – Gov Amaechi 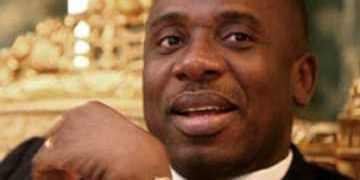 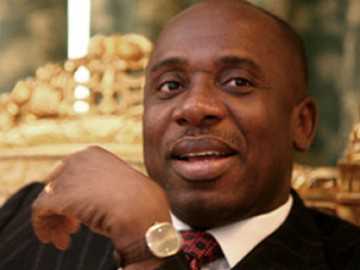 Rivers State Governor and Chairman of the Nigerian Governors’ Forum has said God, and not man, installed him as the state governor because he fasted and prayed for 306 days (10 months) before he became the governor.Amaechi also critisized the increasing level of insecurity in the Federal Government. He stated that rather than chase criminals away from

the state, the police had decided to shoot innocent citizens.The governor, who spoke at Saint Vincent De Paul Catholic Church in Port Harcourt on Wednesday, said insecurity in the state was growing because the police had failed to do their job in an unbiased manner.Maintaining that his government was installed by Jesus Christ, Amaechi urged the people to disregard those who claimed to be responsible for his emergence as the governor of the state.He said, “As a government led by me, a government installed by Christ, if anybody tells you he installed me, tell him it is a lie. Tell him that I said I prayed for 10 months and I fasted from 6am to 6pm, calling on Christ to come down and Christ came down mightily and installed me as governor.“That is why you can see that in the face of human effontery, I have been able to stand face to face with them and I say I have Christ in me.“You must rise in that same spirit of having Christ in you and confront those who are confronting you. You must stand up for Christ because the Bible says ‘faith without work is dead.’“We must not die. We must live and the way to live is to celebrate Christ and the way to celebrate Christ is to confront Satan and Satan is in different forms and shapes.“If the police shoot at you, they are satanic. If government denies you your right to live, that government is satanic,” Amaechi added.“All these you may want to attribute to political

disagreement in Rivers State; but it is not true. It is simply because of those who lead us in Abuja; because the police is an establishment of the Federal Government and they have refused to curb the excesses of the police.“Instead of the police to chase away criminals, they are shooting at innocent citizens. Don’t stop at praying. We knew we prayed, but as you pray, you must rise on your feet and confront the challenges of insecurity.”