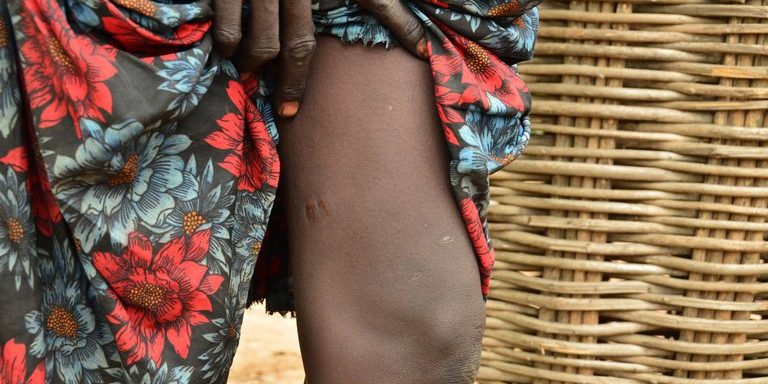 “Having known the suffering it inflicted, one is very happy today,” the minister, Dr. Riek Gai Kok, said. “Future generations will just read of Guinea worm in the books as history.”

Dr. Kok made the announcement in Atlanta at the Carter Center, a philanthropy founded by former President Jimmy Carter that leads the effort to eliminate the parasitic worm.

Only 30 worm infestations were detected last year, 15 in Chad and 15 in Ethiopia. When Mr. Carter began the eradication drive in 1986, there were an estimated 3.5 million cases in 21 Asian and African countries.

Global health officials are racing to make the worm or polio the second human disease — after smallpox — to be eradicated worldwide. Rinderpest, a cattle disease that for centuries triggered widespread human famines, was eliminated in 2011.

Guinea worm — also known as dracunculiasis, or “affliction with little dragons” — is a minuscule parasite found in ponds. Inside anyone who drinks the water, it grows to be a yard long and emerges after a year, usually from a leg or foot, by exuding acid under the skin to form a blister.

The pain drives the victim to dunk the leg in water, and the worm releases millions of larvae, starting the cycle anew.

It can take two weeks to carefully pull each worm from the body so it does not break and cause infection.

The Carter Center fights the disease by recruiting a volunteer in each affected village to pour a mild pesticide into ponds, distribute cloth filters that remove copepods containing worm larvae, and treat victims before they walk into ponds.

South Sudan, which gained independence from Sudan in 2011, triumphed despite having many worm-laden ponds, a long rainy season, poor roads and irregular spasms of warfare, said Dr. Donald R. Hopkins, a former acting director of the Centers for Disease Control and Prevention who for years led the Carter Center campaign.

South Sudan has not had a case in 15 months, which is longer than the worm’s life cycle. The country will be certified worm-free by the World Health Organization only after there have been no cases for three years.

Because most worms emerge in July, the middle of the growing season, “you will get a complete village crippled,” Dr. Kok said. “And besides the pain, the community will not be productive and will be faced with hunger. To get water or prepare a meal is a nightmare.”

Dr. Kok thanked the Carter Center both for its help and for training thousands of village volunteers.

His ministry will hire 7,200 of them, he said, for its new Boma Health Initiative, which intends to place three health workers in every “Boma” — district — trained to give vaccines, treat malaria, check pregnant women, record births and deaths, and to identify malnutrition, H.I.V. and tuberculosis.

In countries with shortages of doctors and nurses, such as Ethiopia, Pakistan and Peru, villagers working for similar programs — sometimes called “lady health workers” or “community health promoters” — have dramatically cut death rates among mothers and children.

A version of this article appears in print on March 23, 2018, on Page A7 of the New York edition with the headline: South Sudan Halts the Spread of Crippling Guinea Worms. Order Reprints| Today's Paper|Subscribe