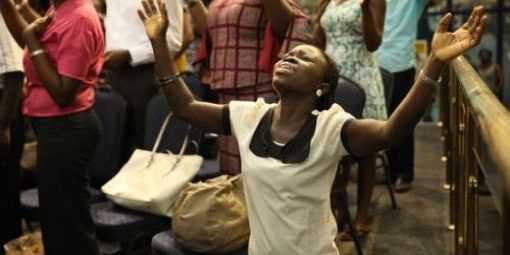 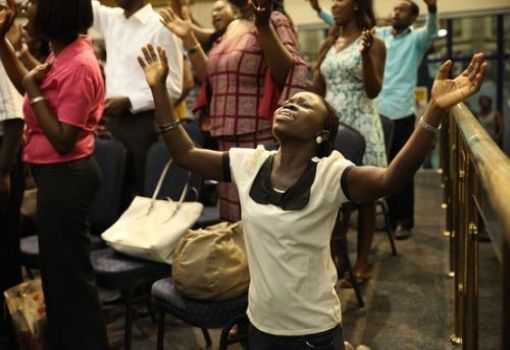 ACCRA, Ghana—A rising U.S. dollar has stirred many pastors here into nightly prayers for their fallen currency to rise again.

“I command the resurrection of the cedi! In the name of Jesus!” preached evangelist Nicholas Duncan-Williams of a megachurch called Action Chapel, recently. Then he addressed Satan: “Take your hands off the central bank!”

African countries are having a devil of a year, due in large part to the slump in their currencies. From Gambia to Zambia, sharp drops against the U.S. dollar are making imported goods more expensive, forcing shopkeepers to

In Ghana, the cedi lost 11% against the dollar in the first two months of 2014. Some radio personalities blamed the free fall on the devil, others on mythical dwarves who practice witchcraft in the forest.

“These dwarfs, the black magic is what has made the cedi lose value,” Anita Desooso, a political organizer for the ruling National Democratic Congress told private radio station Adom FM recently.

Economists blame the currency weakness on more worldly reasons, such as the U.S. Federal Reserve’s decision to trim its bond-buying program. That has helped drive up the dollar against currencies globally.

But compounding these pressures from afar is a problem of Africa’s own making: big budget deficits.

Many African governments preside over a rising and demanding middle class and face evermore competitive elections. Yet their revenue still mostly comes from exports of raw materials like gold, oil, platinum, iron or copper. And global prices for those commodities are falling.

South Africa faces a similar crunch. Its rand lingers near five-year lows to the dollar, just as officials are preparing a massive, import-heavy infrastructure overhaul.

For months, Nigeria’s central-bank governor warned that his country also could find itself scrambling for revenue: “Nigeria is more than anybody else in big trouble,” said Lamido Sanusi, comparing Nigeria to peer oil exporters. On top of Nigeria’s weakening currency, he said nearly $11.5 billion in oil savings has vanished in a fit of election-year spending.

President Goodluck Jonathan recently ousted Mr. Sanusi, removing a voice of dissent, and sending the naira to a record low.

A decade of dazzling growth has swept through Africa’s biggest cities, leaving about 1,000 KFCs by Yum Brands Inc. and 380 megastores from Wal-Mart Stores Inc.’s South African unit, Massmart Holdings Ltd., according to the companies. Advertisements in Accra offer freshly tiled condos at a princely sum of $3,000 a month.

Now, the question is whether those shops and restaurants can survive their customers’ diminished buying power.

Ghana was the second-fastest growing economy of 2011, and Africa’s fastest, thanks largely to a bonanza of retail expansion. That binge of activity left the capital bedecked with shopping malls, U.S. hotels like Holiday Inn and Best Western International Inc. and with helipad-topped condominiums that overlook shacks.

The government spent heavily, too. It tripled civil-servant salaries, a politically popular raise based on the hope that new oil and gold extraction would keep soaring.

Instead, the price of gold fell 28% last year, lifting Ghana’s budget deficit to almost 11% of the value of the entire economy, and plunging the cedi 24% against the dollar.

Landlords and shopkeepers compensate by pricing in dollars. Ordinary Ghanaians stash their savings in the greenback.

Last week, the International Monetary Fund said Ghana’s economy would grow by 4.8% this year, down from 6.1% projected four months ago.

Ghana President John Dramani Mahama sees this financial tumult as his chance to remake Ghana into a bustling agricultural and manufacturing hub, not a procession of outlet malls. His government raised its value-added tax to 17.5% from 12.5% and plans new import duties. He hopes those measures will get shoppers buying from Ghana’s fledgling farms and factories.

“We’ve become a country that even imports toothpicks,” Mr. Mahama said. “The opportunity exists for Ghana to make a game change.”

But of the $19 billion in foreign direct investment Ghana has attracted in the past five years, very little has gone into new manufacturing or agriculture. Most has gone to build up hotels, malls or car dealerships.

In busier times, used-car salesman Prosper Gbadam often sold two sports-utility vehicles a week. Now, he spends his evenings in a church, praying for the cedi to rise.

He hasn’t closed a deal all month.