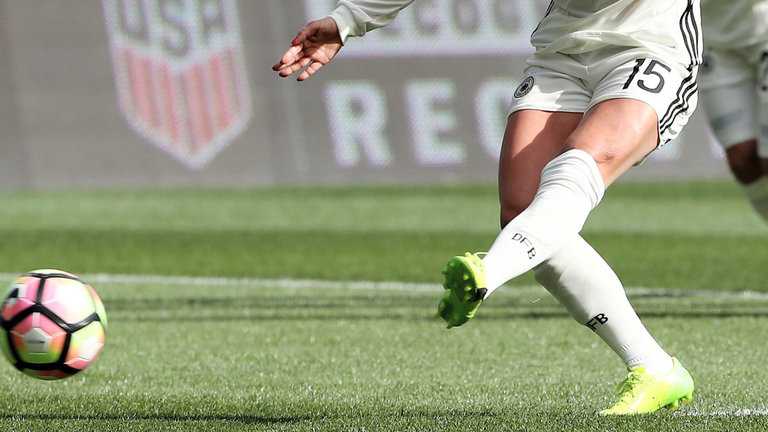 History was made on Thursday when Germany’s under-17 women’s side became the first team to win a match using the new penalty shoot-out system.

The Germans beat Norway 3-2 at the semi-final stage of the Euro under-17 tournament in the Czech Republic using a penalty shoot-out format which replicates a tie-break in tennis.

Known as ABBA, the system is designed to prevent the team which goes second in the shoot-out from being put at a psychological disadvantage by having to play catch-up.

Instead of teams taking penalties in turn, this version follows the pattern in which tennis players serve during a tie-break.

Despite missing their first three penalties, Germany still won the shoot-out which happened in this sequence.

Germany’s first penalty was saved by goalkeeper Karen Sneve, after which Norway took two of their own – the first was missed but they converted the second to lead 1-0.

The Germans then missed their next two attempts, while Norway proceeded to score one of their brace to move 2-0 ahead.

But back came Germany to score two penalties in a row, while Norway missed their fifth to leave the tie at 2-2.

As the shoot-out entered sudden-death, Norway missed penalty No 6 offering Germany the chance to clinch the tie and duly succeeded to reach the final.

Soccer’s rule-making body IFAB, which approved trials of the new system in March, says research shows the team taking the first penalty under the previous format have a 60% chance of winning, giving them an unfair advantage.

The system is also being used at the men’s under-17 tournament in Croatia which has not yet reached the knockout stage.