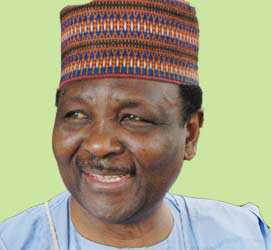 OWERRI—Former head of State, General Yakubu Gowon, Monday, expressed regret that Nigeria has not achieved its full potential almost 53 years after independence and an century of amalgamation.

Gowon, who spoke at the 54th Annual General Conference of NBA holding in Owerri. with the theme, “Nigeria: 100 years after,” said:  “Nigeria at 100 years of age, has not yet achieved its full potential as an independent country. Certainly, it has not achieved its potential in its first 100 years.

The former head of state reasoned that since about 72,000 lawyers had passed through the Nigerian Law Schools, it would be safe to assume that there would be as many interpretations of why lawyers were in Owerri for the conference.

“I am happy to know that the NBA has over the years, remained faithful to is mission of advancing cause and causes of justice in our society.”

Gen. Gowon noted that any nation or institution that attained a century could not be considered a light weight, neither could it be treated with disrespect, regardless of whether or not the paucity of achievements outweighed the challenges of nation building or vice versa.

In his keynote address, Speaker, Federal House of Representatives, Alhaji Aminu Tambuwal, commended the leadership of Nigerian Bar Association, NBA, for sustaining “the old and noble tradition of holding its annual general conference, rather than submitting cheaply to the prevailing fear of the Ebola pandemic”.

He said:  “The theme of the conference, Nigeria: 100 years after, is apt and commendable. I believe that 100 years , post amalgamation, is yet another critical period   for stock taking as we look forward to commencing another millennium of nationhood.”

While describing this day and age as “not the best of times for our dear country, the Speaker equally expressed regret that the nation was passing through grave insecurity arising from the insurgency from the North East, spate of kidnapping and ritual killings, as well as varying levels of violence and wanton destruction of life and property in parts of the nation.

He commended the Federal Government for what he termed “the efficient and proactive handling of the Ebola outbreak”, and the armed forces for working assiduously to overcome the current security challenges facing the nation.

It was his considered opinion that the citizenry are looking forward to general elections that are free, fair, credible and peaceful.
He lamented that much as the nation talks about growing the economy, the rural populace was still bedeviled with abject poverty and want, adding that something was fundamentally wrong with the system.
Source vanguard