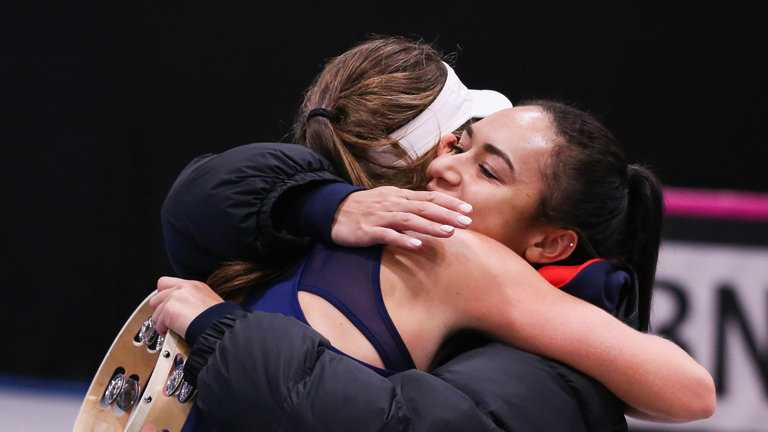 The top two ranked British players were forced to pair up in the deciding doubles rubber with the tie locked at 1-1 in Tallinn, Estonia.

Konta and Watson fell a set behind, but fought back to usurp their opponents Ana Konjuh and Darija Jurak, and record a famous 4-6 6-4 6-3.

Anne Keothavong’s side could now be handed a home Fed Cup tie for the first time since 1993 and victory in that contest could see them reach the competition’s second tier – World Group II – for the first time in almost a quarter of a century.

“I’m absolutely ecstatic,” captain Keothavong told the official LTA website. “It’s been a real emotional rollercoaster, but the way the girls performed today and throughout the whole week, I’m just so proud of them.

“It wasn’t easy today against Croatia with it coming down to the deciding doubles. It was so tight, everyone was on the edge of their seats. But they fought their hearts out and played with so much passion out there. I’m so proud of them.”

Watson gave Britain the perfect start when she won her fifth match of the week to beat 20-year-old Donna Vekic 6-2 6-4, but Croatia hit back as Konta lost 6-4 6-3 to talented 19-year-old Konjuh, ranked 37th in the world, to take the tie into a winner-takes-all doubles rubber.

Grab a NOW TV Sky Sports Day Pass and stay glued in to all the latest live tennis on Sky Sports all for just £6.99. No contract.