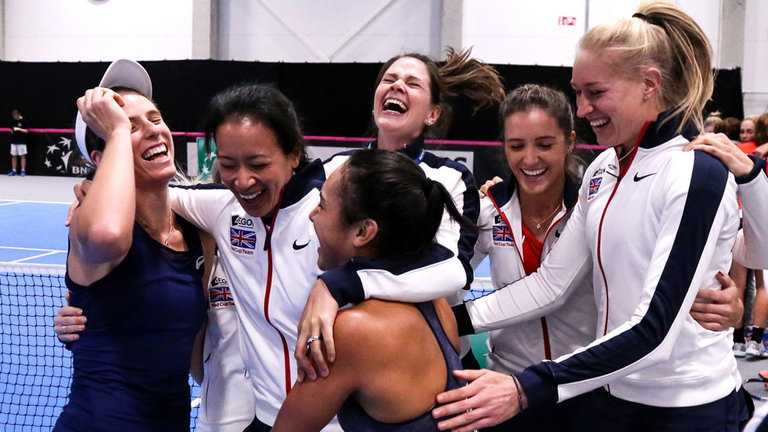 Great Britain have been given a tough away draw against Romania in the Fed Cup World Group II play-offs.

Anne Keothavong’s team will play the match on April 22 and 23 as they bid to reach the competition’s second tier for the first time in almost a quarter of a century.

Johanna Konta and Heather Watson came from a set down in the final-match decider against Ana Konjuh and Donna Vekic in the doubles after a surprise defeat for Konta left the teams level following the singles matches.

The Romanians, who were surprisingly beaten in their World Group II tie at home to Belgium, boast world number four Simona Halep among their ranks.

They have strength in depth too, with Irina-Camelia Begu, the world No 28, and Monica Niculescu, ranked 39, also available.

Niculescu is also a formidable doubles player, currently the world No 19.

Great Britain have not played at the World Group level since 1993.

Grab a NOW TV Sky Sports Day Pass and stay glued in to all the latest tennis action on Sky Sports all for just £6.99. No contract.