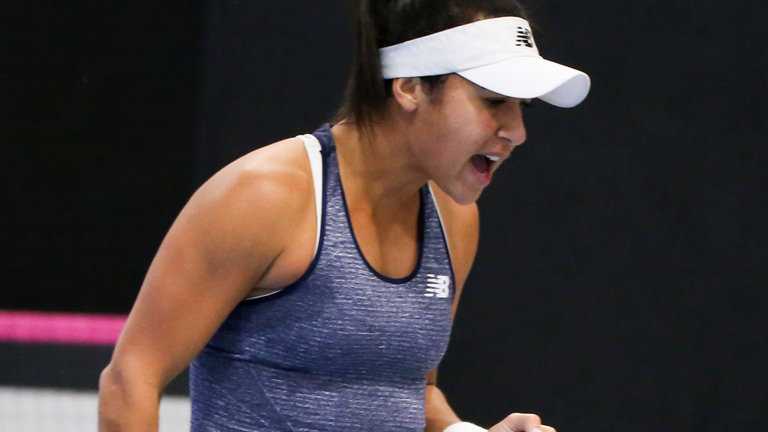 Great Britain, seeded third of the 14 nations competing in Estonia and under the leadership of new captain Anne Keothavong, had opened their Euro/Africa Zone Group I Pool C round-robin fixtures by completing a 3-0 whitewash of Portugal on Wednesday.

Another dominant display followed on Thursday morning as they swept past Latvia with three more victories.

First Watson, the British No 2, saw off Diana Marcinkevica 6-3 6-0 before Konta sealed the win with a straight sets triumph and the whitewash was complete when Laura Robson teamed up with Jocelyn Rae for success in the doubles.

After Watson’s routine success in little over an hour, Konta, who as world No 10 is the highest ranked player in the zonal group, continued the momentum with a 6-2 6-3 win against the world No 35 Jelena Ostapenko.

After coasting through the first set, Konta, who reached the quarter-finals of the Australian Open, faced a more determined Ostapenko who looked to force home some break chances of her own.

However, Konta managed to hold and subsequently broke the 19-year-old again to move 4-1 ahead before serving for the match.

Ostapenko, though, broke back at 5-2 only to see Konta rally from 0-40 down and secure victory against the serve.

After Robson and Rae wrapped up the doubles success, GB will now turn their attention to Friday’s final Pool C fixture against Turkey, who lost to Latvia earlier in the week.

Should Keothavong’s squad secure top spot, they would then play off against the winners from Pool B on Saturday for the chance to progress to a World Group II promotion play-off in April.