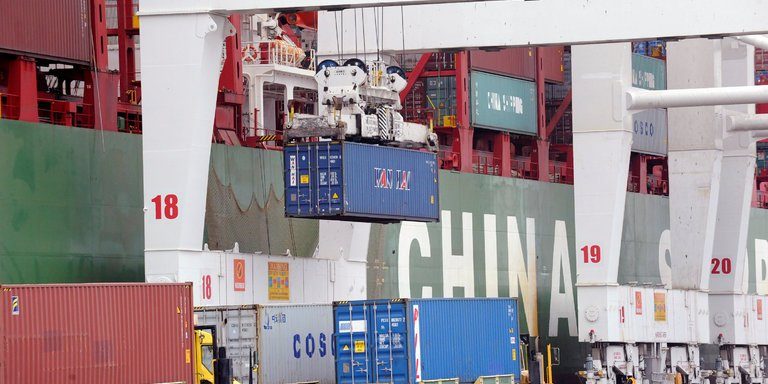 The economy has been whacked around like a pinball lately, by events both anticipated and not. The comprehensive revision of the tax code enacted in December shifted business incentives and started putting more money in workers’ paychecks. The stock market took investors on a vertiginous ride. President Trump imposed tariffs on allies and rivals alike, stoking fears of a growing trade war. Consumers expressed confidence, but restrained their spending.

How all these factors influenced economic growth will become clearer at 8:30 a.m. when the Commerce Department releases its initial estimate of gross domestic product for the first quarter.

Analysts’ estimates have swung up and down as new data trickled in. Imports fell and exports rose more than expected, narrowing the merchandise trade deficit. Durable-goods orders remained sluggish, but showed more life this week, primarily because commercial aircraft orders surged in March. The consensus forecast reported by Bloomberg was that real G.D.P. would rise by an annualized growth rate of 2 percent from the previous quarter.

That would be below the 2.9 percent annualized rate registered during the fourth quarter of 2017 and below Mr. Trump’s goal of at least 3 percent. Still, many economists argue that 2 percent annual growth is what is sustainable over the long run, even if it is under the historical average.

This is what you should look for from the announcement:

The impact of the tax cut.

Particularly worth watching are the latest figures on consumer spending. Holiday shopping in the final quarter of 2017 bumped the growth in consumer spending — which accounts for more than two-thirds of the nation’s economic activity — to 4 percent. That rate is expected to have slowed markedly, despite the extra take-home pay people received from tax cuts.

The impact of the cuts was no doubt blunted because it took some time for the Internal Revenue Service to produce updated withholding tables and for payroll managers to adjust their systems. A poll of registered voters in April by Politico/Morning Consult found that only about a fifth of those surveyed had reported seeing more money in their paychecks.

As for business spending, most of the tax incentives created were aimed not at immediate investment decisions, but at those in the medium term.

Nonetheless, Kathy Bostjancic, chief United States financial economist at Oxford Economics, said both consumer and business spending were likely to get extra scrutiny in the quarterly report, the first since the tax law took effect. “There is still intense interest in seeing how those categories play out,” she said, as an indicator of “how effective the tax cuts are in the near term in boosting growth.”

She added, “I think there is a legitimate question as to how much of the tax cuts get saved to pull down debt, and how much actually gets spent.”

If consumer spending growth comes in stronger than the expected 1.1 percent, it could signal that sluggish spending in the first couple of months was transitory and that wallets opened wider in March.

For several years, first-quarter growth rates have been weaker than the longer-term trends indicated, only to rebound in later months. This year, the result could reflect a falloff in spending after an unusual surge that followed the havoc wrought by late-summer hurricanes. Severe winter weather could have also slowed consumption.

But some analysts wonder if data adjustments are part of the problem. Government economists try to account for seasonal changes, but the corrective measures may be only partly successful.

“There’s a little weakness in Q1 and then the other quarters are artificially inflated because of that,” Ms. Bostjancic said. Most forecasts show annualized growth floating around the 3 percent mark for the remaining quarters of the year.

Friday’s report is the freshest data that the Federal Reserve will have when its policymakers meet next week. At last month’s meeting, Fed officials not only raised interest rates, they also indicated that they planned two more increases this year. Their concern is that a tight labor market will push up inflation as employers increase wages to compete for workers.

For most Americans, who have seen little income growth in recent decades, fears of steeper inflation seem overblown. That is why some economists warn against raising rates too much and too fast, arguing that the increases will choke off the recovery.

At the conclusion of the March meeting, Jerome H. Powell, the new Fed chairman, said, “We’re trying to take that middle ground.”

Michael Pearce, a senior economist at Capital Economics, said he did not expect the Fed’s outlook to change much — even if the Commerce Department’s report turned out to be disappointing. “The Fed already acknowledged some of the incoming data and that they think it could strengthen this year,” he said.

Last month, the central bank announced that it had raised its median estimate for annual growth in 2018, from 2.5 percent to 2.7 percent.

The estimate released on Friday by the Commerce Department is not the final word on the first quarter.

The figure will be revised twice in the next couple of months. In the past, that final number has been higher or lower by as much as a percentage point.