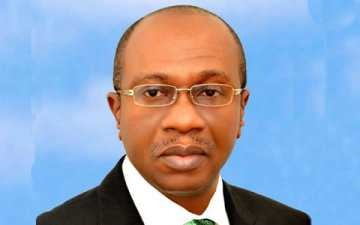 The International Monetary Fund (IMF ) Friday called for further devaluation of Naira and remove all import restrictions as part of strategies to further strengthen the country’s economic adjustment programmes with realities of the current global economic conditions.

Speaking at a press conference at the just concluded annual meetings of the World Bank and the International Monetary Fund (IMF), the IMF African Department Representative, Ms Antoinette Sayeh, said the adjustment was necessary in order to ease tension for private sector investments.

She said forex flexibility plays very important role for investors and their investments and that Nigerian government could not ignore such issues.

Despite this measure, the apex bank has come under immense pressure to further devalue the local currency and improve private sector access to its official foreign currency windows.

This is also coming as Nigeria’s organised private sector still see the CBN restriction of about 41 items from its official window as denying manufacturers access to foreign currency resources to import needed raw materials.

But while acknowledging that the value of Naira has dropped by about 20 per cent since the 2014 crash of commodity prices Sayeh was still confident that further value adjustment still needs to be implemented by the monetary authorities.

“We hope there will be opportunity for further review by the Nigerian authorities,” she said.

She said the IMF was already knew that Nigeria and Angola, together with other six oil producing nations in Africa, have been seriously hit by the global drop in oil price. “Their falling export income and sharp adjustment are taking their toll on growth, which is expected to decelerate sharply to 3.5per cent this year, from the 6 per cent in 2014

Meanwhile, Sayeh has attributed the impressive growth recorded by most African countries to the robust business and macro economic policies put in place by governments.