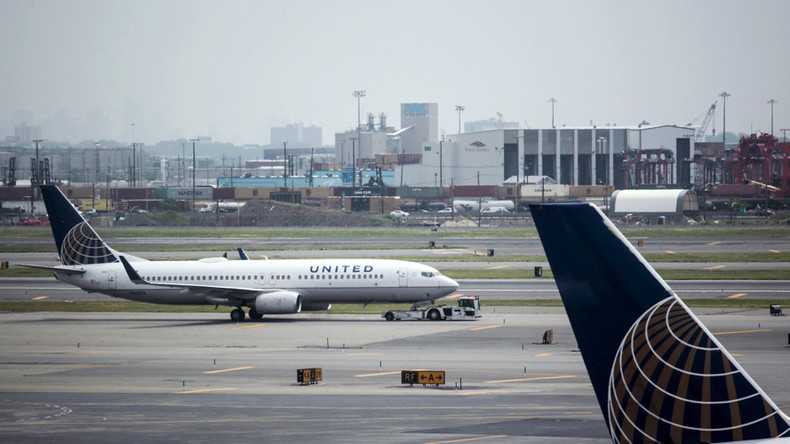 “Sit down, it’s normal,” a flight attendant yelled at Rachel Brumfield after her husband Mike alerted the crew to the deluge pouring from Flight 170’s wing, which is shown in the video Brumfield uploaded.

Shortly afterwards, firetrucks showed up to investigate, according to Brumfield, who was on the flight to take off with her husband for their honeymoon in Italy. “I will never fly United again,” she told the NY Post, adding “every person there was awful.”

Brumfield claimed United Airlines quickly changed their tune when they realized the seriousness of the situation and invited the couple into the cockpit for a glass of champagne, where they were asked to “go easy” on the airline on social media.

In a statement to the NY Post, United described the incident as a “fuel leak” that led to the flight’s cancellation.

“We apologize to our customers for the inconvenience. Our team helped provide customers with hotel accommodations for the night and are working to get them back on their way to Venice today,” the airline said.

The Brumfields managed to arrange an alternative flight with Delta from JFK. A fellow passenger was kind enough to arrange a limousine for them, they told the NY Post.

United Airlines is currently battling to preserve its already tarnished reputation, after a number of events blackened its name in recent months. In April, a video of a passenger being forcibly removed from a flight led to a wave of criticism slamming the airline for its policies.