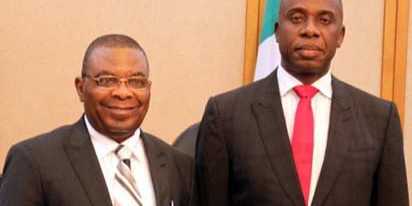 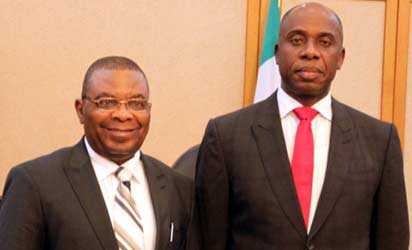 ON a day that the Adamawa State House of Assembly served Governor Murtala Nyako and his deputy impeachment notices, Vanguard gathered yesterday that there are plots to impeach Governor Rotimi Amaechi of Rivers State. Both governors are of the All Progressives Congress (APC).

Sources said, yesterday, that the fresh plot, being coordinated by a serving minister from the state, entails convincing the six members of the House of Assembly, who are of the Peoples Democratic Party (PDP) to carry out the impeachment.
Known to be opposed to Governor Amaechi, which led to the recent crisis in the state, the six legislators have not been sitting with other 25 members who are of the APC.

According to the plot, the six members are to convene a sitting of the House of Assembly at a private residence or office with Evans Bipi presiding as the Speaker; a member will then move a motion for the suspension of the other 25 APC members; the motion will be adopted and thereafter they will move for the impeachment of the governor.

The source said the impeachment plotters are expected to get the support of the administrative Chief Judge of Rivers State, Justice Daisy Okocha, who was appointed by NJC.

It will be recalled that the Rivers State Government rejected Justice Daisy as the administrative Chief Judge of the State.

Speaking on the alleged plot, a stakeholder in Rivers State said: “President Jonathan is hell bent on removing Governor Amaechi for reasons best known to him. This is not the first time or the second time they have plotted to remove our governor, albeit illegally. Their plot is illegal, unconstitutional. In a legislature of 31 members, six members cannot go and sit in someone’s private sitting room and claim to have impeached a governor. That is impunity. This is a democracy. The Presidency should be careful not to truncate our democracy with these reckless acts of impunity all over the place.”