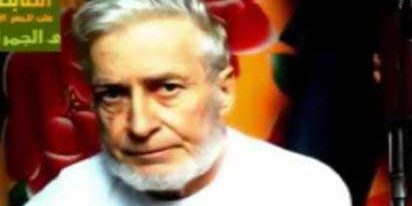 The hostage appears wearing a white t-shirt, with an unidentified person holding a weapon in the background.

If authentic, it would be the first video of Collomp to emerge since his abduction.

Parts of the short statement are not clear, but he can be heard calling for “negotiations” for his “safe release.”

In the latter half of the three-minute video, the camera focuses on an Arabic statement that addresses “the government(s) of France and Nigeria,” according to the translation provided by SITE.

While there is no direct threat of further attacks, or on Collomp’s life, the statement vows to treat “treachery and treason” by the French or Nigerian governments with “reciprocity.”

France’s foreign ministry told AFP it was trying to authenticate the video and was in contact with Collomp’s family.

Ansaru is considered by some to be a breakaway faction of Boko Haram, Nigeria’s more prominent Islamist group which has waged a deadly insurgency since 2009.

The links between the two organisations remain in question, but some analysts have said that Ansaru might have emerged from a faction within Boko Haram that sought to specifically target foreign interests.

Ansaru has been blamed for the 2011 kidnapping of a Briton and an Italian national in northern Nigeria. Both hostages were killed in March of last year.

Britain, which has formally labelled Ansaru a terrorist organisation, said the group likely has ties to Al-Qaeda’s north Africa franchise, Al-Qaeda in the Islamic Maghreb

Collomp, who had been working on a wind power project in Katsina, was taken after a group of some 30 gunmen stormed the compound where he was staying.

The gate outside his home was said to have been riddled with bullet holes after the attack.

Ansaru claimed the abduction days later, citing as a justification France’s push for military intervention against the Islamist rebels who had seized northern Mali.

Ansaru also claimed the kidnapping of seven foreign nationals working on a construction project in northern Bauchi state in February.

A video later posted online appeared to show some of those hostages being killed.

After raising its international profile, Ansaru’s prominence faded and it has not been linked to an attack for several months.

The Islamist violence in northern Nigeria has however continued unchecked, with hundreds of people killed this year in attacks blamed on Boko Haram.

Northeast Nigeria has been under a state of emergency since mid-May, when the military launched an offensive aimed at crushing the insurgency.

But the slaughter of dozens of people in recent weeks, mainly civilians, has cast doubt on the success of the military campaign.

Nigeria is Africa’s most populous country and top oil producer, where most in the north are Muslim and the south is predominately Christian.

Boko Haram has said it wants to create an Islamic state in the north and is thought to primarily have a domestic agenda.

Ansaru is seen by some as having a more international outlook, perhaps more closely aligned with Al-Qaeda-affiliated groups.
– See more at: http://www.vanguardngr.com/2013/09/french-national-kidnapped-ansaru-calls-negotiations/#sthash.TOdvmoEl.dpuf