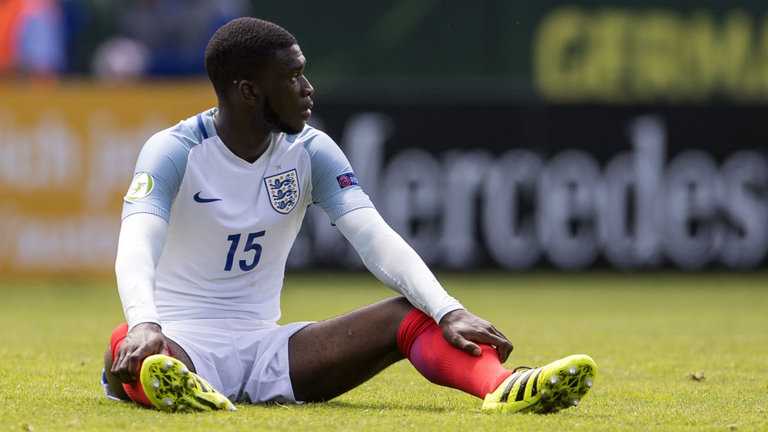 Fikayo Tomori scored a freak own goal as England’s youngsters had to settle for a 1-1 draw against Guinea in the U20 World Cup.

The Chelsea defender, who spent the second half of last season on loan at Brighton, attempted a hurried backpass from just inside his own half but watched it fly past off-guard goalkeeper Dean Henderson.

Paul Simpson’s side, who beat Argentina 3-0 in their tournament opener, had taken the lead shortly after the restart through Bournemouth’s Lewis Cook but Tomori’s 59th-minute howler means they will have to wait to seal passage to the knockout stage.

England, who wore black armbands in Jeonju following the Manchester attack, had remained top of Group A on four points but were later overtaken by hosts South Korea – their final opponents on Friday. The top two teams from each of the group will qualify for the next round, alongside the four best third-place finishers.

Oumar Toure had rattled the post for a Guinea side that grew in confidence as the contest wore on but Cook struck in style when he found the bottom corner from 30 yards.

Simpson’s men seemed set to build on the breakthrough but Tomori had a moment to forget when he swivelled on the ball at halfway yet watched the pace on his pass leave Henderson stranded.

Guinea had a fine chance to go ahead themselves when Alseny Soumah found himself clean through, Henderson this time alert, but Jonjoe Kenny spurned an opportunity at the other end in stoppage time, firing into the side-netting as England were frustrated.

“I’m slightly disappointed that we only take one point out of the game,” Simpson said after full-time. “But I think we’ve got to be honest – it’s a freaky own goal that allowed Guinea to get the equaliser.

“Our finishing was poor and unfortunately that gives you a problem. We missed opportunities and when it’s only 1-0, you give the opposition a chance.”