Fowler just one off Honda lead 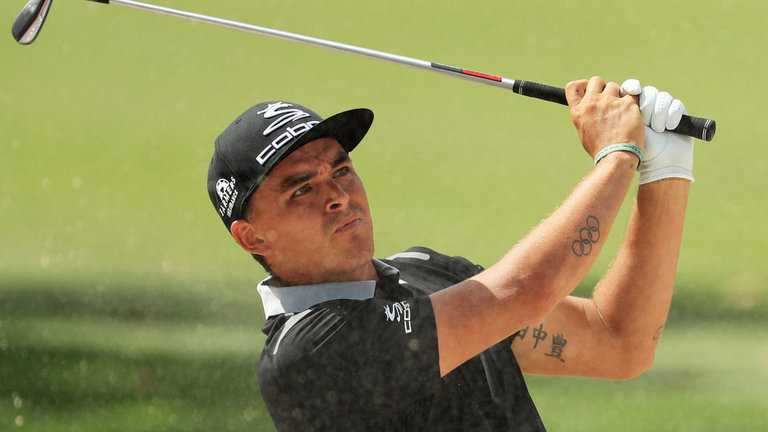 Rickie Fowler is just one shot off the lead at the halfway stage of the Honda Classic as Martin Kaymer and Tyrrell Hatton remained in contention on day two.

Wes Bryan retained a share of the lead with Ryan Palmer, who set the early target at nine under par after shooting a best-of-the-day 65, while Fowler matched his first-round 66 at PGA National.

Kaymer could not emulate his first-day form as a level-par 70 left him on five under with rising English star Hatton, whose long-range eagle at the 18th was the highlight of his 67, while course-specialist Luke Donald is one further adrift.

Palmer atoned for an opening bogey at the 10th with three straight birdies from the 13th, although he gave a shot back when he three-putted the 17th green before making four birdies in a flawless front-nine 31 which gave him the outright lead.

Bryan shared the overnight lead with fellow PGA Tour rookie Cody Gribble, and he made a hot start to his second round as he birdied the opening three holes before going long and left with his approach to the fourth and stumbling to a bogey.

He got the shot back at the 10th before getting into tree-trouble at 13, but he negotiated the fearsome Bear Trap in par and holed a 10-foot putt for birdie at the last to cap a three-under 67.

Fowler started with a birdie at the 10th and made three in four holes from the 15th, including a superb tee-shot to six feet at 17 which offset a bogey at the 16th.

The world No 14 picked up further shots at the third and fourth, but a poor tee-shot to the par-three seventh cost him another bogey as he slipped to eight under, one ahead of India’s Anirban Lahiri.

Kaymer was one over for his round after a scrappy bogey-six at the third – his 12th – but the German got back to five under when he produced a sublime chip-in for birdie at the fifth before parring in to stay within four of the lead.

Hatton dropped two shots over his last three holes either side of his fourth birdie of the day at the eighth, but he had earlier hit one of the best tee shots of the field at the daunting 17th to set up a birdie from four feet, which he followed by nailing a 45-foot putt for eagle at 18.

The confident 25-year-old added a 67 to his opening 68, while compatriot Donald was also three under for a day which started brightly when he holed his 161-yard approach to the 12th for a stunning eagle-two.

Defending champion Adam Scott got to five under when he made his third birdie of the round at the 13th, but he endured a rollercoaster finish as further birdies at 15 and 18 were offset by two bogeys and a costly double-bogey at the 16th, where he dumped his second from a fairway bunker into water.

Ian Poulter kept a bogey off his card in his opening 66, but he lost ground on the leaderboards with a four-bogey 72 on Friday which saw him slip to two under alongside fellow Englishman Paul Casey and Ryder Cup star Rafa Cabrera Bello, while Sergio Garcia dropped two shots over the last four holes in an erratic 71.

But it was another disappointing performance from Masters champion Danny Willett, who was well placed on three under for the tournament only to drop shots at 12 and 13 before blocking his tee shot into the drink at the 17th – the resulting double-bogey causing him to miss the cut on one over par.