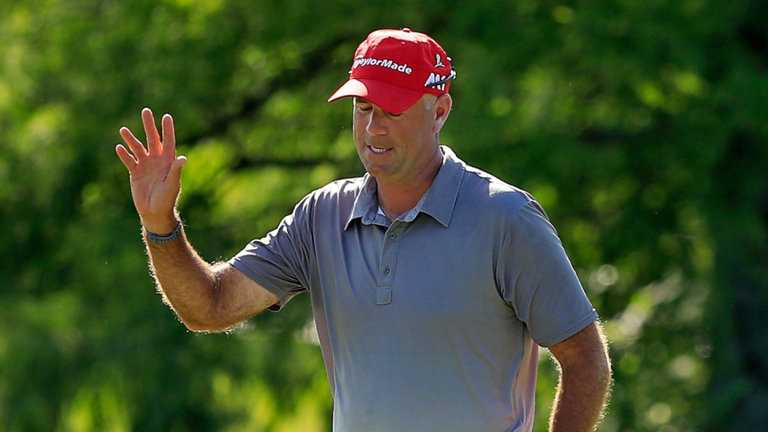 Four players share the lead after the opening round of the FedEx St Jude Classic, where Rickie Fowler faces a battle to make the cut.

Matt Every, Scott Brown, Stewart Cink and Sebastian Munoz all posted six-under 64s on a day of low scoring at TPC Southwind, as top seed Fowler struggled to a four-over 74.

Three birdies over the final five holes leaves Matt Jones one off the pace alongside Charl Schwartzel, with Chez Reavie and Retief Goosen a further stroke back on four under.

Without a worldwide top-10 since 2015, Every followed a 20-foot birdie at the first with further gains at the sixth and 12th before rolling in an eagle-three for 10 feet at the 16th.

The American then drained a 28-footer at the last to complete a blemish-free card, as Brown moved up the leaderboard with a hat-trick of gains from the sixth.

Brown cancelled out a birdie at the 12th with a blemish at the par-three 14th before successive gains over the next two holes took him to six under, as Cink mixed nine birdies with three bogeys.

Late starter Munoz threatened the outright lead when he reached the turn in 32 and added three further gains over the back nine, only to miss from 10 feet at the last.

Ernie Els sits in the large group four strokes back following an opening-round 68, while Ian Poulter and Graeme McDowell are part of the tie a further shot back.