Forest Fire in Portugal Kills at Least 57, Including Drivers Trapped in Cars 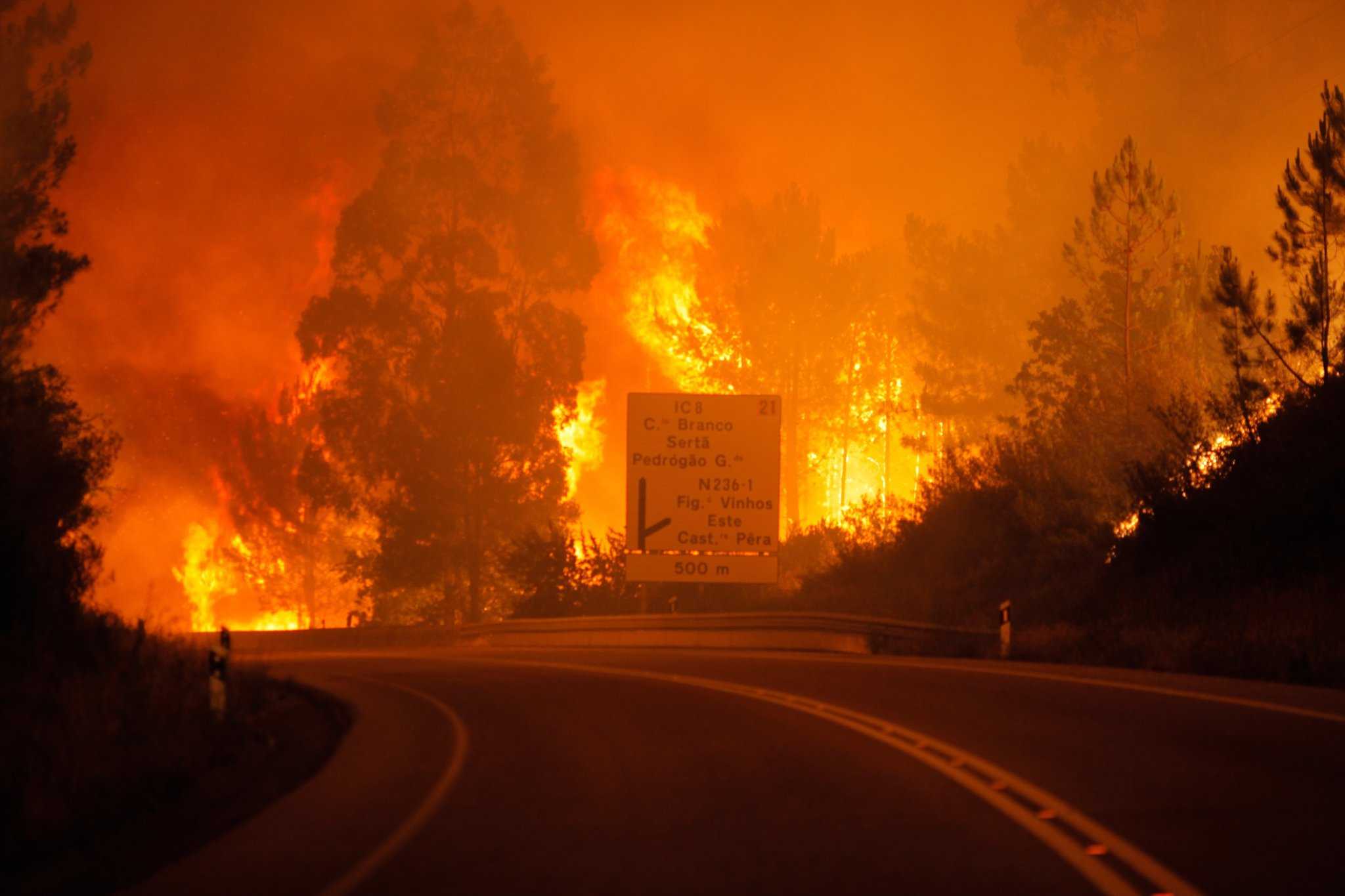 MADRID — A raging forest fire in central Portugal destroyed several homes and left at least 57 people dead, many of whom were trapped in their cars while driving in the area, the Portuguese government said on Sunday.

Prime Minister António Costa described the blaze in the Pedrógão Grande area as “the worst tragedy in terms of human lives that we’ve known in recent years.”

MADRID — A raging forest fire in central Portugal destroyed several homes and left at least 57 people dead, many of whom were trapped in their cars while driving in the area, the Portuguese government said on Sunday.

Prime Minister António Costa described the blaze in the Pedrógão Grande area as “the worst tragedy in terms of human lives that we’ve known in recent years.”

Jorge Gomes, the secretary of state for internal administration, said at least 22 people had died in their cars, trapped by the flames while driving along a road between Figueiró dos Vinhos and Castanheira de Pera through the densely forested area where the fire started.

The fire spread along four different fronts with “great violence,” he said. A 4-year-child was among the dead, according to TVI, a local television channel. Officials said that they expected the toll to rise.

Several houses were destroyed by the flames. Portuguese television showed people scrambling to leave their homes in the early hours of Sunday morning, escorted by firefighters and other rescue teams. Huge flames engulfed hamlets around the area.

Firefighters were battling to prevent the fire from spreading to more houses, and European Union officials in Brussels said on Sunday that they had activated the bloc’s civil protection mechanism to send reinforcements to Portugal. Spain also dispatched two firefighting planes on Sunday to help contain the fire.

The cause of the fire, which started on Saturday afternoon, was not immediately clear. Portuguese officials suggested that it was provoked by a dry thunderstorm, a storm where lightning strikes but there is no rainfall. Portugal has been hit regularly by devastating summer forest fires, and the nation and the rest of the Iberian Peninsula have been suffering a heat wave for several days, with temperatures climbing above 40 degrees Celsius in several regions.

Dozens of smaller fires also broke out in other parts of Portugal on Saturday, and 11 districts were kept under surveillance on Sunday because of an extreme fire risk.

Patrícia De Melo Moreira, a photographer for Agence France-Presse based in Lisbon, reached the fire area around 3 a.m. on Sunday and accompanied firefighters close to the road where drivers were stranded.

“They were just trying to control the fire and stop it from spreading because it was just so huge,” she said by phone. “Many clearly died in their cars and the road was completely destroyed, melted.”

Later that morning, police sealed off the perimeter around the fire, but Ms. De Melo Moreira then crossed into nearby villages, whose residents had been alerted to the advancing fire.

“People are just standing outside, staring, trying to see if the fire could be getting closer to their houses,” she said. “Everybody is very worried, but also pretty calm.”

He spoke of the “human warmth” and solidarity displayed by people caught in the tragedy, and sent a message of “gratitude, comfort and support to all those who have been doing the best that they can.”

Last August, Portugal wasalso hit by devastating fires, including on the Madeira islands, in the Atlantic, where the flames reached the main city, Funchal.