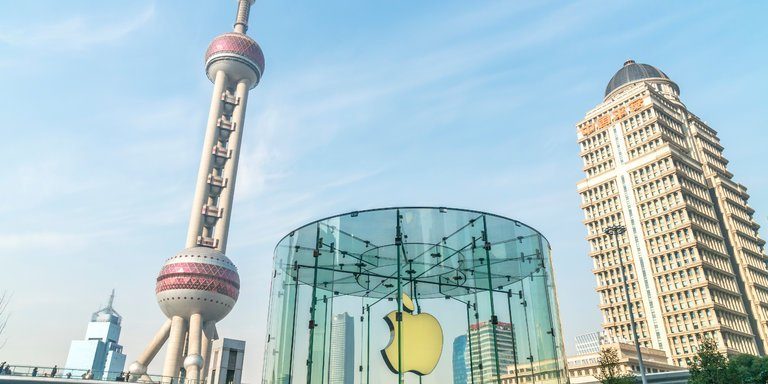 A cold war is being waged across the world’s most advanced industries. And it just got a lot chillier.

Recent tit-for-tat trade actions could deepen what has become a global contest for technological dominance between the United States and China, home to the planet’s largest population of internet users and a flourishing community of start-ups and innovative companies.

The Trump administration this week accused Beijing of stealing valuable technological know-how from American companies as it proposed tariffs on $60 billion in Chinese goods and curbs on Chinese investments. China responded with its own set of penalties aimed at American products.

The fight between the two countries is cleaving the high-tech realm. The world’s two biggest economies have each become increasingly protective of their own leading-edge industries, and mistrustful of the other’s. Reconciliation looks difficult. And the rising tensions could further undercut American influence in a huge and fast-changing market.

Both sides have been putting up defensive walls for years.

To stay in business in China, Apple has had to set up a data center there to store Chinese customers’ personal information. Amazon recently had to sell equipment to its Chinese cloud services partner to comply with new Chinese rules. Facebook and Twitter are blocked in the country; newer American players, such as Snap, are not even trying to enter anymore.

In the United States, regulators have repeatedly thwarted attempts by Chinese tech groups to acquire American firms. And espionage concerns have for years kept Huawei — one of the world’s biggest suppliers of telecom gear, and a powerhouse of China’s tech scene — largely out of the American market.

The Trump administration says it wants to level the playing field, dishing out to Chinese companies the kind of treatment that American ones have been receiving in China for some time.

“China’s abilities and ambitions have shifted much further up the value-added chain, to tech that represents our crown jewels economically and that is relevant for national security,” said Scott Kennedy, a fellow at the Center for Strategic and International Studies in Washington. “So there’s no way to kick this can down the road anymore.”

Still, as much as American companies complain about how they are treated in China, it could get even worse if Beijing amplifies its retaliation beyond the tariffs, announced Friday, on $3 billion worth of goods.

China could require that foreign tech companies undergo costly additional tests for new products, or simply make it more difficult to operate in the country. Apple, whose iPhones remain coveted among well-off Chinese, made nearly $18 billion in the country in the last quarter of 2017. Qualcomm, the San Diego microchip maker, has earned half its revenue in China in recent years.

It could also devise new regulatory hoops for foreign companies to jump through. China’s Ministry of Commerce has not yet approved Qualcomm’s proposed, $44 billion purchase of NXP Semiconductors, a Dutch chip maker. The deal, more than a year in the making, needs a signoff from Chinese antitrust authorities because the two companies count a large number of electronics makers in China as customers.

Both countries’ efforts to kneecap each other’s tech champions are as much about national security as economic might. Likewise with the race to dominate frontier fields such as artificial intelligence, quantum computing and next-generation wireless internet. Mr. Trump recently blocked a hostile bid by Broadcom to buy Qualcomm. He did so not because the bidder was Chinese — Broadcom is headquartered in Singapore — but because the administration said the deal would weaken Qualcomm, leaving Huawei with a stronger hand to shape 5G, or fifth-generation mobile technology.

This is why the present tensions are so difficult to resolve. In a previous era, Japan was a technological rival but a military ally. The Soviet Union was a tech rival in defense, though a laggard in the commercial sphere.

“The U.S. and China have so intertwined their science and technology systems through trade and investment and cooperative research — but see each other, and continue to see each other, as strategic competitors and adversaries,” said Adam Segal, a tech and security expert at the Council on Foreign Relations. “That hasn’t happened before.”

For most of the past decade, Beijing has blocked many American internet services, including Facebook’s and Google’s, to control the flow of information and head off social media-fueled movements such as the Arab Spring.

For China, “one of the major takeaways was, ‘We are overly reliant on American technology over which we have very little control,’” said Rogier Creemers, a scholar of Chinese tech policy at Leiden University in the Netherlands.

A Communist Party-linked newsmagazine singled out the American companies that it said had penetrated most deeply into China’s information infrastructure. The “Eight Guardian Warriors,” as they were called — Apple, Cisco, Google, IBM, Intel, Microsoft, Oracle and Qualcomm — had been able to “drive right into China,” the article said, whereas Huawei and another Chinese equipment maker, ZTE, had been kept out of the United States.

Beijing swung into action. It banned government offices from installing the most recent version of Microsoft Windows, and antitrust investigators raided Microsoft’s offices. Cisco, Apple and Intel products were removed from state lists that officials use as guides when buying equipment. Qualcomm got slapped with a $975 million fine for anticompetitive behavior.

The political pressure sent American companies scrambling to link up with Chinese partners, leading to joint ventures of the sort that the Trump administration, and some in the American business community, have decried as unfair.

Cisco partnered with a Chinese firm to sell networking systems. Microsoft, in conjunction with a state company closely tied to the Chinese military, developed a version of Windows more suitable for China’s government. Advanced Micro Devices, Intel and Qualcomm began working with Chinese organizations in microchips, which China imports in huge quantities to put into smartphones, computers and other electronics.

Despite the boost from America’s giants, and hefty doses of state funding, China’s semiconductor push is still in its early days. But most observers believe that it is only a matter of time before Chinese factories catch up to those at industry leaders in the United States, South Korea and Taiwan.

“They are very conscious that they still have a long way to go,” said Dieter Ernst, a senior fellow at the East-West Center, a research and educational organization based in Honolulu. “But they also know that in semiconductors, they are by far the most important market for American companies.”

One stumbling block for China: Attempts to scoop up foreign chip makers mostly have not worked out. State-owned Tsinghua Unigroup tried to buy Micron Technology, a memory chip maker based in Idaho, for $23 billion in 2015, but regulatory worries scuttled the deal.

The Trump administration last year blocked a China-backed investor from buying Lattice Semiconductor, an Oregon-based manufacturer. And regulatory concerns scotched a Chinese investment group’s plan to buy Xcerra, even though the Massachusetts-based company makes chip-testing equipment and not chips themselves.

In Washington, concern about the emerging rivalry with China has been reflected in a number of recent reports, from the likes of the Pentagon and the Department of Energy, that warn about the country’s growing tech capabilities. Still, shorter-term considerations could mean that Washington would back down before Beijing in an all-out trade war.

“If the markets take a nose-dive as we move closer to the midterm elections,” Mr. Kennedy of the Center for Strategic and International Studies said, “that would put some pressure on Trump to look for face-saving solutions, even if final problems haven’t been addressed.”

A version of this article appears in print on March 24, 2018, on Page A1 of the New York edition with the headline: Icy Maneuvering By U.S. and China In Tech Cold War. Order Reprints| Today's Paper|Subscribe