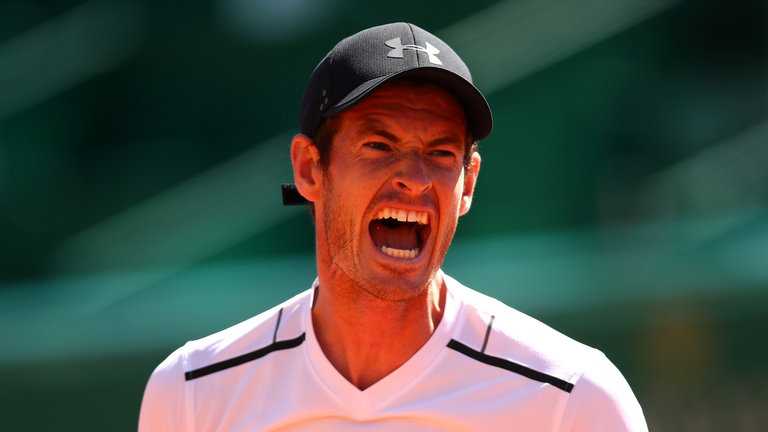 The Masters 1000 roadshow hits the Spanish capital this week before the stars head to Rome and then the culmination of the clay season moves to Paris for the French Open where Djokovic will be defending his crown.

The Serb, though, is sure to face a stiff challenge from ‘King of Clay’ Nadal, who will be aiming to complete his La Decima of titles, having already picked up a perfect 10 in Monte Carlo and Barcelona over the past few weeks.

World No 1 Murray is steadily finding his clay feet as he bids to defend his title in the Eternal City before attempting to reach a second French Open final in succession.

Federer has promised to join the party in Paris with very little preparation on the red stuff, although he will carry huge confidence into the second Grand Slam of the year having won the Australian Open before landing back-to-back Masters titles in Indian Wells and Miami to everyone’s disbelief.

Then there are the dark horses in former French Open champion Stan Wawrinka and young hopefuls Alexander Zverev and Nick Kyrgios, so how does our man Fleming rate their chances? Here are the key questions.

Is Murray getting close to his best?

Certainly, his arm and his body are not quite there yet, but playing another month on clay is going to help him improve. He seems to be in a pretty good place mentally, and that’s good news.

He’s designed himself to work himself through this process of improving and he might just be a month away from playing his best, which is perfect timing for Roland Garros, Wimbledon and the rest.

He has a chance to peak at the right time and when you keep improving then one day an epiphany happens and you realise ‘I’m there’. And then everything becomes a little bit easier, you become a little more confident, then you play your best.

Will Rafa rule in Madrid, Rome and Roland Garros?

Right now, the way Rafa is playing on clay, his history, and the power of his belief, something out of the ordinary is going to have to happen for one of the big guys to beat Rafa or for Rafa to lose early.

It’s probably asking a lot of Nadal to win all three of those tournaments. I think that there’s a pretty good chance he might win two of them.

How will Federer fare at the French?

It will be interesting to see if Roger can come back and play his best right away. He took six months off and won the Australian, but he did play the Hopman Cup in preparation.

I would assume he’ll play some exhibition events before Paris or something. It might only take him two or three matches to peak.

He brings another element to the mix and that’s because he’s playing so well that he might just come in thinking ‘I’ve never liked playing Rafa before on clay, but this is a different age’. He might come in saying ‘I’m ready’.

He’s done so many things that people have said are impossible or said it would never happen – he just sees the world through a different lens to everyone else.

What are Novak’s chances after binning his entire coaching team?

His chances are less than I would have said last week because he’s basically just admitted that he’s in disarray.

Even if people knew it, for him to admit that means that it might take him a little longer to pull things together than we had imagined.

Can Alexander Zverev or Nick Kyrgios come of age on clay?

I don’t think either of those guys are going to threaten the semi-finals just because they’re not ready to be clay court contenders.

Zverev has shown he can’t quite understand it yet, while Kyrgios hasn’t even played yet [after taking a break from tennis due to the death of his grandfather].

I think you’re stretching things if you’re looking beyond the biggest five players in the world.

Can Stan The Man pull off another magic trick?

When he is believing, he’s pretty much unplayable. And when he gets on a roll, there’s probably no one apart from Rafa that can play him on clay.

We know he can do it, but will he do it? And, when might he do it? It’s fascinating.

It’s all a belief thing with Stan because he starts out each match unsure and then with each match he wins, he becomes more and more confident, whereas the other guys are never as unsure as Stan is. They always believe they can pull a rabbit out of a hat to get themselves out of a certain point. That might not be good enough to win a tournament, but it’s usually good enough to win the early rounds.

For those on the move, we will have Andy Murray’s matches from Madrid, Rome and Roland Garros covered via our website skysports.com/tennis, our app for mobile devices and iPad, or follow our Twitter account @skysportstennis for news, reports, live blogs and expert analysis, with updates on Sky Sports News HQ.