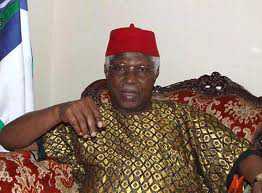 The Presidency, yesterday, raised the alarm that five northern governors, who currently moving round the country are holding consultations with political stakeholders in Nigeria, have a hidden agenda to ease President Goodluck Jonathan out of the 2015 election “in order to enhance their selfish political interest”.

According to the Presidency, the so-called consultations by the governors, which had not been authorised by any organ of the People’s Democratic Party, PDP, or the Presidency, was a selfish political move aimed solely at distracting President Jonathan from his people-oriented programmes and heat up the polity, so as to give the erroneous impression that the country was on fire.
Special Adviser to the President on Political Matters, Alhaji Ahmed Gulak, made the accusation in an exclusive interview with Sunday Vanguard – SEE FULL INTERVIEW ON PAGES

The accusation by the Presidency notwithstanding, the governors, yesterday took their grievances against President Jonathan and the Tukur-led PDP, to former Vice President and founding member of the party, Dr. Alex Ekwueme, in Abuja.

Sunday Vanguard gathered that four out of the five governors – Sule Lamido, Murtala Nyako, Rabiu Kwankwaso and Aliyu Wamakko, met behind closed doors for several hours on Saturday with the former Vice President on what a source close to the governors described as a ‘further consultation’ with the founding fathers of the PDP.

“We met with the former VP and explained our grievances to him as a member of the G-34, which founded the PDP,” one of the governors said, without disclosing the details of their discussion.

The meeting with Ekwueme brought to five the number of top profile Nigerian leaders that the aggrieved governors had so far visited and explained their grievances to.

The Presidency, which initially spat fire over the action of the governors for their audacity to confront the President on issues relating to the PDP and the 2015 election, has however soft-pedaled and begged them to give peace a chance.

The Presidency which, though accused the five governors of having a hidden agenda against President Jonathan, also admonished them to desist from such antics in the interest of the nation.

The Political Adviser also pleaded with the quintuplet to sheathe their sword and allow peace to reign in the land.

Gulak said, “I want to plead with the four or five governors from the north, who are trying to precipitate crisis to give peace a chance and spare the country avoidable trouble.

“They should realise that without peace none of them would be governors. They should subsume their interest. That is my plea to them”.

Reflecting on the current crisis in the ruling party culminating in predictions about Nigeria’s disintegration in 2015, Gulak stated that the nation would wax stronger rather than break up.