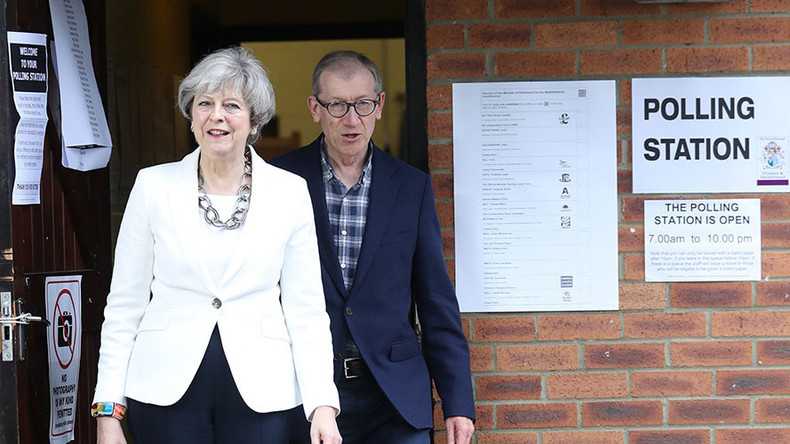 A Guardian/ICM poll puts the Conservatives at 46 percent, while Labour trails behind at 34 percent.

Although the figures fall short of suggesting a landslide victory, they nevertheless imply the Tory leader is set to win a majority of 96 seats in Parliament, sharply up from May’s working majority of 17 in the House of Commons before the election.

It would also be the party’s greatest majority since the days of former PM Margaret Thatcher.

“This final poll confirms the pattern that ICM has produced over the last fortnight: a fairly healthy and static Conservative share with consolidation of the Labour bump first witnessed after the manifesto publication,” said ICM’s Martin Boon.

A YouGov poll on Wednesday gave the Tories a more modest lead compared to the ICM survey, but it still put the Conservatives ahead of Labour by seven points.

“The seven-point Conservative lead is the same as at the previous election, but we think it is likely they will nevertheless be returned with an increased majority,” YouGov Director Anthony Wells said.

That compares to a YouGov poll last week that found Labour gained seats while the Tory party lost 24, putting Corbyn’s party just four points behind the Tories and suggesting the election outcome would be a hung parliament.

The ICM poll found Jeremy Corbyn is most popular among younger age groups, enjoying a lead of 66-23 among 18 to 24-year-olds and a 47-33 one among 25 to 33-year-olds. The turnout among this group, however, is 10 points below that of other age groups.

What is more revealing about the latest poll figures is that the PM managed to win a lead over Labour among working class voters.

What may come as an even greater blow to Labour, however, is that the Tories have a slim one-point lead on marginal seats Labour constituencies are trying to retain.

The ICM findings nonetheless confirm a narrowing in the polls between the Tory and Labour parties, considering a landslide victory was expected for the former at the beginning of the election campaign in April.

Meanwhile, a ComRes poll for the Independent newspaper slimmed the Tory lead over Labour to 44-34, but it still predicts a majority of 74 for May’s party.

By contrast, polls by Survation said the Tory lead stood at just one point over Labour, reflecting results from two polls in recent days that cast doubts on whether May would be able to win a majority at all.

Polling experts said the discrepancy in polls giving the Tories a major lead and those much more favorable to Labour is down to how many young people are expected to turn out and vote.