FG will not compensate victims of Boko Haram 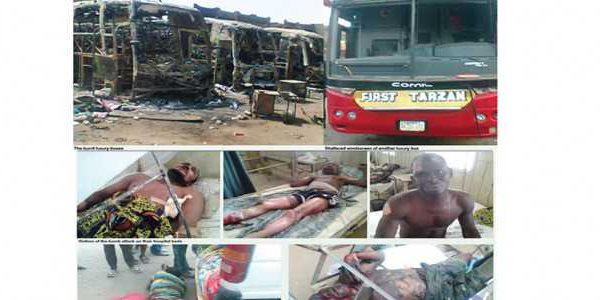 Chairman, Presidential Committee on Dialogue and Peaceful Resolution on Security Challenges in the North, Tanimu Turaki, on Sunday ruled out any form of compensation for victims of the Boko Haram insurgency in some parts of the North.

Addressing Muslim leaders, who gathered at the National Conference on the Role of Muslim Scholars, organised by the Jama’atul Nasril Islam in Kaduna, Turaki, however, said those to be compensated were security operatives, who lost their lives during the incidents.

Turaki said, “Government cannot pay compensation but it will support victims. It will compensate military personnel that were affected by this insurgency.

“Government will not have the capacity to give compensation because of the number of victims involved in the insurgency incidents”.

Turaki, who led other members of the committee to the conference, also asked Muslim leaders, among them the Sultan of Sokoto and President General of the JNI, Alhaji Sa’ad Abubakar lll, to appeal to the group (Boko Haram) to embrace dialogue, adding that Islam, as a religion, encourages dialogue.

He said, “How do you compensate somebody who has lost family members? How much will you compensate him with when he is battling with the psychological effect of the incidents?”

The presidential committee chairman, who claimed that his team was at the meeting to impress it upon the leadership of the JNI to talk to the sect on the need for dialogue, said since the sect believed in Islam, its members, should also imbibe the tenets of the religion.

He said even in countries like Afghanistan, Syria and in Nigeria during the civil war, dialogue was used as the last resort to resolve the problems.

Turaki insisted that there was no crisis or difference that could not be settled through dialogue.

He said, “So, we beg for prayers because there is no evil that prayer cannot solve.

“No matter the ideology of Boko Haram, it is twisted towards Islam. It is very unfortunate. We therefore want this conference to examine the immediate and remote causes of the growing insurgency in the region.”

“So far, we have had robust discussions with Muslim leaders, government officials, traditional rulers and clerics.

“We pray this conference will call on them to come out and embrace dialogue. If you are using the name of the Prophet, then there is room for dialogue. It is respectful to come and dialogue; we are all ready for dialogue.”

He added, “Even wars in other countries of the world, and coming back home, the Biafra/Nigeria civil war, provided an opportunity for dialogue because it is not war that bring peace, but dialogue. So, let them give peace a chance, and let them embrace dialogue.”