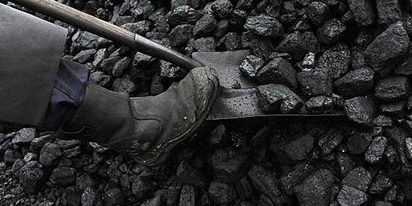 The National Council on Privatisation (NCP) has threatened to revoke all idle coal bloc licenses in the country. The threat was issued after a meeting of the NCP presided over by its Chairman, Vice President Namadi Sambo at the Presidential Villa in Abuja.
The Minister of Mines and Steel Development, Mr Musa Sada, told newsmen that the decision was to ensure that all privatised coal blocs were operational.

Musa said there were 15 coal blocs in the country out of which nine were allotted to private investors while six were reserved for the coal-to-power programme.

“The coal blocs are actually those belonging to the Nigeria Coal Corporation. In the last attempt to privatise them, three of them were successfully bought. The remaining 12 are still available out of which six were taken out and dedicated to the coal-to-power programme and their development will be supervised by the Ministry of Power.

“It is the rest that have been allocated, including those three that are successful. We are not going to sit back just because they have been successfully acquired. If you do not operate it, we will still call you for discussion and if you are not ready, you will relinquish it for people that are ready”, he said.

Musa said in line with the provisions of the Mineral Mining Act, all affected allottees had been given one month’s notice to explain why their licenses should not be revoked. The Minister of Power, Prof. Chinedu Nebo, who joined Musa in the briefing, decried the existence of idle coal blocs in the country. He said; “there are many people with licenses for coal blocs but unfortunately have not developed them.

“This is costing the country huge sums of money with regards to power production and importation of coal by some companies in Nigeria to produce their own power. This is not acceptable, the NCP has now decided to do something very proactive to make sure that those who are holding on to coal blocs are shown the way out of these licenses.

“There is no reason why we will be looking for coal to produce power but people are sitting on this resource and refusing to develop them. I don’t think it is a patriotic thing to do”, he said. According to Nebo, the decision of NCP is to ensure that those who do not want to produce coal immediately will have their licenses withdrawn.