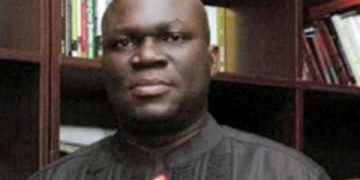 President Goodluck Jonathan on Monday sought the support of the Israeli government in order to fight terrorism occasioned by the activities of the fundamental Islamic sect, Boko Haram.

According to a statement by his Special Adviser on Media and Publicity, Dr. Reuben Abati, the President made the appeal during a meeting with President Shimon Peres of Israel in Jerusalem during his ongoing Christian pilgrimage to the country.

Jonathan was quoted as reiterating his promise to combat the menace of terrorism in partnership with all peace-loving countries of the world.

He said, “Combating the menace of terrorism is a challenge that we must address in partnership with all peace loving countries and peoples of the world.

“I seek the cooperation of your country to confront the security threat from terrorist groups that my country is now facing.

“There is no doubt that Israel has had decades of experience in combating terrorism. Nigeria can benefit tremendously from your experience in this area.”

Acknowledging the growing economic relations between Nigeria and Israel, Jonathan reportedly called for greater collaboration between the two countries in other sectors.

He said his administration would also welcome the greater deployment of Israel’s renowned expertise in furtherance of Nigeria’s agenda for national transformation in areas such as healthcare, agriculture, power supply and the management of water resources.

He assured Peres that his administration would continue to encourage the expansion of trade, economic and cultural relations between Nigeria and Israel, adding that the signing of a Bilateral Air Services Agreement between the two countries would boost such relations.

In his remarks at the meeting, Peres was quoted as saying that he was delighted and privileged to have had the opportunity of hosting the first Nigerian President to visit the state of Israel.

He said, “You are a most distinguished pilgrim. In recent years, our relations have extended to many other spheres, and are steadily growing. The relations between Nigeria and Israel are close and long-standing. They are based upon friendship and the shared values of freedom, democracy and faith. Today, we also face common menaces.”

Others include our request for the removal of Tukur as our party National Chairman knowing his flawed election as our party Chairman, and ending the impunity in Adamawa State, among other demands that will put PDP in a strong position as a political party but for reasons not too clear to some of us failed to receive the blessing of Mr. President.

“To us, we see all these as attempts by the Tukur’s faction to destroy the party seeing that they (those in Tukur’s group) have no stake in the party anymore.”

The meeting mandated its mobilisation/contact committee to explore other options available to the members of the faction should the dialogue with President Jonathan fails to yield any positive result for its future political activity.

Eze added that the committee was expected also to liaise with the new five other PDP governors and other leaders, who he said had indicated interest to join the group and to submit their report during the next meeting of the caucus that will hold in a week’s time.

On the deployment of Police to the vicinity of the Sokoto Governor’s Lodge, Abuja to scuttle the caucus meeting on Sunday evening, Eze said it was unfortunate that the police who were unable to find a solution to the menace of Boko Haram, kidnapping and other security challenges of the country could be cheaply used to harass innocent and unarmed civilians.

While reacting to the allegation against him, Tukur said he did not set up any parallel state executive in any state, adding that the party appointed caretaker committees in states where the tenure of their substantive officers had expired.

Tukur, who spoke through his Media Adviser, Oliver Okpala, said the aggrieved governors were not aware that the executives that were removed in the affected states wrote to the national headquarters of the party to inform it that their tenure had expired.