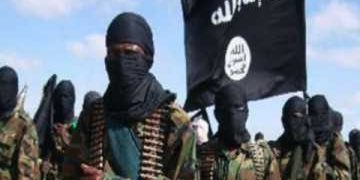 Security experts have dismissed the ceasefire deal the Federal Government purportedly reached with the Boko Haram sect, describing it as fraudulent.

They said the deal was meaningless considering that the known leader of the sect, Abubakar Shekau, was not involved in the negotiations.

A former Director in the Department of State Service, Mr. Mike Ejiofor, told SUNDAY PUNCH on Friday that the Presidential Committee on Dialogue and Peaceful Resolution of Security Challenges in the North should have said it had an understanding with some members of Boko Haram, and not with the sect, as an organisation.

He said, “The statement made by the Minister of Special Duties, Tanimu Turaki, who is the chairman of the amnesty committee, that they have reached an agreement with the insurgents, is unfortunate and premature. How can he convince Nigerians that they have reached an agreement with these people when they are still operating? Look at the incident where 30 pupils were killed in Yobe State.

“Secondly, the fact that the Federal Government proscribed Boko Haram, classifying it as a terrorist organisation, doesn’t mean that it shouldn’t also work with people who are willing to denounce their membership of the sect.

“But for the committee to come out now to say it has a deal with Boko Haram is not correct. Until Nigerians hear from Shekau, any agreement reached is fruitless and fraudulent, because he is the leader of the sect.”

Ejiofor added that the crisis had gone beyond the stage where the government could negotiate with Boko Haram as a group, since it had been declared a terrorist organisation.

“Now Shekau is wanted; a bounty has been placed on him and the Federal Government has declared Boko Haram a terrorist organisation. And worldwide, best practice is that you don’t negotiate with terrorists. But since government had set up a committee to look into the problem, we should be looking at the foot soldiers, who may turn around and denounce membership of the sect,” he said.

Similarly, the President of Association of Industrial Security and Safety Operators of Nigeria, Dr. Ona Ekhomu, said the amnesty committee had a deal with fraudsters claiming to be Boko Haram leaders, adding that there was no deal with Shekau.

He said, “It is rather a naughty deal. I have a lot of problems with it. We have seen such deals in the past falling apart. The standard is that until and unless we hear from the Boko Haram leader, Abubakar Shekau, we don’t have any deal. We know we have a lot of people who will say, ‘I’m Shekau’s very good friend, or Shekau’s confidant.’ Whoever is going into a deal with Boko Haram, must go into a deal with Shekau. It is only when Shekau says that he has laid down arms that we have a deal.

“The deal is a fraud. I think some people want to line their pockets by dealing with the Federal Government. Some fraudsters are coming out claiming to be Boko Haram members so that they can benefit from the amnesty.

“Another problem I have with the so-called deal is that I’m afraid that this might be another attempt by Boko Haram members to lure us into false sense of security and get us to lower our guards, so that they can kill more people. We all know that Boko Haram is on the loose, it is just the emergency rule that is keeping them under check.”

The Federal Government last Monday announced it had “reached an understanding” with the militant Islamic sect, Boko Haram, which would lead to the signing of a ceasefire deal with the group.

Chairman, Presidential Committee on Dialogue and Peaceful Resolution of Security Challenges in the North, Tanimu Turaki, said this while speaking on the Hausa Service of Radio France International.