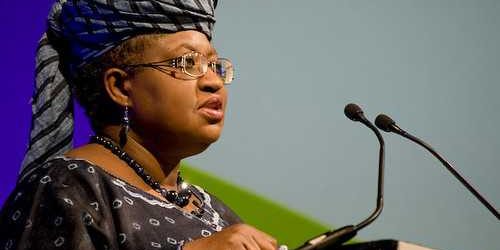 This figure is contained in the details of the 2014 budget breakdown, which states that N7 billion is to be spent on the national dialogue.

In the breakdown, Obasanjo said delegates would earn N21.68million as sitting allowance and N650. 25 million as allowances in lieu of accommodation.

Also included was N1.7million for return tickets from London, Washington, Beijing and Johannesburg, in addition to N28,800 for return flights to Abuja for the inaugural session and subsequent conference meetings.

Delegates, he noted, would be given N14,400 for airport taxi and local transportation within Abuja. There was provision for, at least, two CVU long wheel cars to be hired and fuelled at N2.9 million.

However, in the case of the Dr. Jonathan administration’s national dialogue, there is no breakdown of how the N 7 billion will be spent.

Besides, N4 billion is to be spent on hosting the WEF in Abuja.

These figures are captured under the Service Wide Vote of the Federal Ministry of Finance for 2014, with other expenses submitted for appropriation to the National Assembly. They include N35,409,859,962 to fund the presidential amnesty programme for the reintegration of transformed ex-militants; N546,300,000 for the presidential amnesty programme for the reintegration/transition safety allowances for 3,642 ex-militants (third phase) and N3,699,933,814 as operational cost for the programme.

Besides, the fund allocated to the Independent National Electoral Commission (INEC) to conduct elections, N21 billion is voted by the Ministry under its service wide vote for election logistics support. There is also N7 billion proposal for payment of outsourced services.

Under the miscellaneous heading of the ministry’s service wide vote in 2014, N27.5 billion is proposed to be spent on unexplained contingency funding; N5,149,600,000 is set aside for adjustments to the recurrent budget and N5 billion for capital cost adjustments.

The capital expenditure of the ministry’s service wide vote is estimated to cost N433,584,612357. From this amount, N100 billion will go to finance constituency projects for legislators of the National Assembly; N62.8 billion for special intervention; N8 billion for national job creation scheme; N30 billion for the sinking fund for infrastructural development; N14 billion for Nigeria Electricity Liability Management Company (NELMCO) and N16 billion for the bulk trader.

In the budget, N5 billion is budgeted to be spent on “2011 election violence and civil disturbance (damage done to public property and places of worship) and N12.6 billion on special intervention Millennium Development Goals (MDGs 1 and 2).

About N10 billion is to be returned to a special account (not specified) and another N10 billion to fund the Multi Year Tariff Order (MYTO) under the electricity provision programme. The government, through the ministry is asking for N25 billion to pay off maturing domestic bonds and N5 billion for payment of local contractors’ debts; N16 billion for Development Finance Institution (DFI) and N4,060,000,000 to fund galaxy backbone infrastructure.