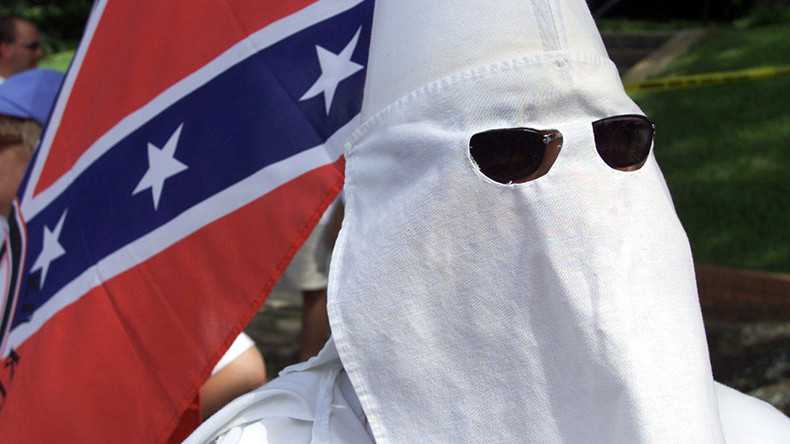 On Wednesday, the Equal Employment Opportunity Commission (EEOC) filed a suit against Downhole Technology, which manufactures equipment used in hydraulic fracturing, or fracking. The company is accused of violating federal laws when it fired Kenneth Echols after he complained about his coworkers wearing a KKK hood to torment him.

In a press release, the EEOC claims that Echols complained to the company about his co-workers using a white hood, similar to the kind used by the Ku Klux Klan, to “intimidate, ridicule and insult him.”

Echols reported the incident to a supervisor and the director of human services on April 15, according to the Houston Chronicle. After filing the complaint, Echols was then further threatened by his co-workers and reported those incidents as well.

In response, the company asked Echols to sign an agreement saying that his co-workers had not threatened him on the basis of race and that the company had adequately addressed his concerns, the Houston Chronicle reported.

When Echols refused, the company reprimanded him, then eventually fired him.

The EEOC alleges that the company violated Title VII of the Civil Rights Act of 1964, which prohibits employers from firing or discriminating employees based on race, and ensures employee’s rights to report discrimination in the workplace.

“Employers cannot and must not discriminate on the basis of an employee’s race,” Rayford Irvin, director of the EEOC’s Houston District Office, said, according to the press release. “Doing so denies employment equality and violates federal law.“

The EEOC filed the suit in the Houston Division of U.S. District Court for the Southern District of Texas after they attempted to settle the case out of court, but were unsuccessful. They are asking the company to pay Echols for punitive and compensatory damages, as well as lost wages and benefits.

“Employers who disregard their employees’ rights to be free from discrimination will be held accountable by the EEOC,” Rudy Sustaita, regional attorney for the Houston District Office, said, according to the press release from the EEOC.