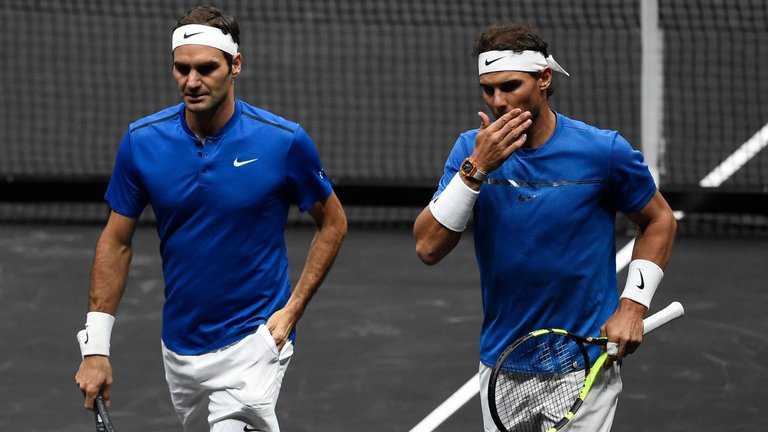 Rafael Nadal and Roger Federer shone in singles then doubles action to give Team Europe a commanding 9-3 Laver Cup lead on Saturday.

The world No 1 and 2 defeated Team World’s Sam Querrey and Jack Sock, respectively, before then beating the same two opponents in a doubles match.

Team Europe have an advantage heading into the final day, after Team World’s Nick Kyrgios kept them in the contest by beating Tomas Berdych.

Saturday’s play was highlighted by the unique sight of Nadal and Federer, the world’s two top ranked players, on the same side of the court as doubles team-mates for the first time in a 6-4 1-6 10-5 victory.

Naturally left and right-handed, they formed a seamless partnership and rarely looked uncomfortable against American pair Querrey and Sock.

The Laver Cup will be won by the first team to amass 13 points over the course of three days. Four matches will be played on Sunday, live on Sky Sports Mix at 11am.