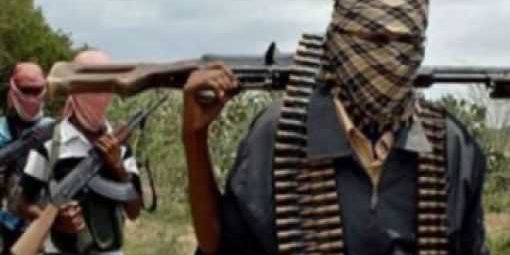 The priority of the Federal Government is to rescue all Nigerians that are in the captivity of violent Islamist group, Boko Haram, Director General of the National Orientation Agency, Mr. Mike Omeri, has said.

In a statement made available to our correspondent in Abuja on Tuesday, Omeri said the insurgents could never win the war against the country and urged the Boko Haram fighters to surrender as their colleagues had done.

Omeri, who coordinates the National Information Centre, said, “The NIC appeals to funders and agents of insurgency and terrorism in Nigeria to see the wisdom of abandoning its fight against our people by immediately surrendering to security forces in the manner others have done in Kondunga. They should know that this war can never be won by them.

“In this regard, we once again wish to reinforce government greater interest in the rescue of all persons and communities that are being traumatised by the callous act of insurgency and assure Nigerians that concerted efforts are being marshalled to ensure a return to normalcy in the affected communities.”

The NOA boss commended Nigerians for their cooperation with the security forces, adding that the fight against insurgency was going on as planned.

He said, “Although there were intense fighting in parts of Adamawa, especially in Michika and Bazza among other areas, it must be noted that the military action in the North-East to flush out insurgents is going on according to operational plans and the security forces have been recording tremendous gains in recent weeks.

“Arising from the massive security awareness programme put in place by the Federal Government, this year’s Eid el Fitr celebration was marked with joy and calm across the country.

“Except for isolated cases that were nipped in the bud, this period was generally calm and encouraging. The NIC continues to urge Nigerians to be observant and security conscious because it is with active involvement of the citizens that we can avert danger and stop evil.”