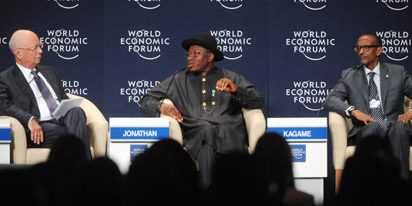 Indications emerged, yesterday, at the World Economic Forum Africa that the Federal Government and auditors investigating NNPC accounts will, in the next 16 weeks, make public their findings. This will put paid to the controversy surrounding the alleged missing $20 billion from the Federation Account.

Co-ordinating Minister for the Economy and Minister of Finance, Dr Ngozi Okonjo-Iweala, told participants at the on-going World Economic Forum Africa , WEFA that the forensic audit of the NNPC would be undertaken

within 16 weeks under the supervision of the Office of the Auditor-General of the Federation, AuGF. Dr. Okonjo-Iweala expressed determination of the President Goodluck Jonathan administration to ensure an open and transparent oil sector in the country.

The minister made the revelation while responding to a concern raised by a forum participant on the allegations of corruption in the oil industry during the panel discussion on Inclusive Growth.
“On the issue of holding government to account, I do not think Nigerians are laying back. We need that transparency and we welcome it. The (suspended) CBN Governor raised issues on unaccounted for amounts from the federation account and we at the Ministry of Finance have, for two years, been reconciling these figures with the NNPC to know what they were supposed to remit to the federation account. Our feeling is that the only way is to have a forensic audit that would let Nigerians know the issue.

“There is a forensic audit that the government has approved and it is being done by PriceWaterhouseCoopers under the supervision of the Auditor-General for the government and they said they need 12 to 16 weeks to do that and all these would be clarified.”

NNPC’s books have been the subject of controversy and sometimes high-level politics between the legislature and the executive, with the former alleging high level corruption, a claim the latter also refuted. There have been series of audits of the accounts of the corporation since the return to democracy in 1999 under the administration of former President Olusegun Obasanjo but there hasn’t been much done other than occasional summary removal of members of top management.

The most recent controversy over the handling of oil revenue by the organization started with allegations by suspended Governor of the Central Bank of Nigeria, Mallam Sanusi Lamido Sanusi that about $49 billion was missing. The figure was later moderated to $10 billion and later moved up to $20 billion before Sanusi’s suspension from office.

On inclusive growth, Dr. Okonjo-Iweala admitted that the nation’s economy was growing impressively but not creating as many jobs as required. She said that deliberate policies had been put in place to achieve the desired results.

Her words: “We are growing but not creating jobs and we have been asking ourselves, how do we change the quality of this growth and our rebasing has shown us where the potentials are. We need to get people into farming through agroprenuers where 750,000 youths would be encouraged to go into agriculture”.

On Africa Rising, she said that two issues came forward which required short and long-term actions to address the social and economic legs in the efforts at achieving inclusive growth.

She said the current security challenges facing the nation required short-term actions to ensure the return of peace and stability to the society, while focusing on creating jobs and providing social safety nets under which all Nigerians would have a sense of belonging.

“We should empower our youths to make the necessary change”, she said, but added that “youths should not accept negativism. We must make a distinction between criticising and making our leaders act. We should at the same time not make our people believe that everything is negative”.

Meanwhile the Chinese 200-man strong delegation led by Premier Li Keqiang is second to none at the on-going World Economic forum. The ovation that greeted Keqiang’s address at the official opening in Abuja was understandable. He announced a $30 billion China-Africa Fund which he said his country stood ready to deploy in an effort to give the continent a new lease of life.

He said: “China, in order to build infrastructure network in Africa, is ready to provide financing, technical and human resources support. We will increase investment on financing in Africa. We will add $10 billion to be committed to the Chinese credit line to African countries to reach a total of $30 billion.

“We will also put another $2 billion into the China/Africa Development Fund to make it $5 billion. We will also make good use of special loans, financing loans, commercial loans and other modes of capital.

“China will advance Africa’s talent plan under which we will provide 18,000 government scholarships to Africans and train 30,000 professionals in addition to other special trainings for Africa. The Chinese government means what it says. Here I wish to emphasise that China’s cooperation with African countries is sincere and open”.

Also at the forum, yesterday, former United Nations Secretary-General, Mr Kofi Annan said that African governments should work harder to reduce inequality that has prevented the benefits of a decade of economic growth from being spread equitably.

According to a report by Annan, the plunder by foreign investors and corrupt officials of the continent’s fishing and timber resources is a clear example of the failure to harness natural resources for the common good.

“After more than a decade of growth, there is plenty to celebrate,” Annan said during the report’s launch at the World Economic Forum for Africa, in Abuja. But it is time to ask why so much growth has done so little to lift people out of poverty and why so much of Africa’s resource wealth is squandered through corrupt practices and unscrupulous investment activities,” Annan said.

African leaders also reaffirmed their commitment to transforming the agricultural sector across the continent at the 2014 Grow Africa Investment Forum Building on recent successes of the Grow Africa partnership – a joint initiative of the African Union Commission, the NEPAD Agency and the World Economic Forum – the leaders agreed that increased private sector investment in agriculture is key to delivering economic opportunities and food security within their countries.

“There are huge opportunities in agriculture. This will create jobs and achieve food security,” said President Jonathan.

“The key is not just producing enough food for local consumption, but also creating jobs along the value chain,” he added.

Thanks to an agriculture transformation based on a blueprint started at the World Economic Forum on Africa in 2010 in Dar es Salaam, he said his country is seeing dividends. As a result, “hunger can be overcome, and increased income reduces poverty.”

In 2013, Grow Africa partners doubled their commitments to agriculture and food security to $7.2 billion. Of this, $970 million is already invested, which has led to the creation of 33,000 new jobs and assistance to 2.6 million smallholder farmers throughout the continent.

“Agriculture has all it takes to drive the inclusiveness needed in the positive economic growth witnessed in the continent. African leaders must ensure that they leverage the private sector to ensure effective participation in the programme and also raise money from various domestic capital markets to support the sector.

“The bond, equity market and the unused pension fund, in the case of Nigeria, could be used to see how to make agriculture a business for the youth to buy into,” he said.

He also urged international financial institutions like African Development Bank (AfDB) and World Bank to assist in the continent’s effort to develop agriculture.