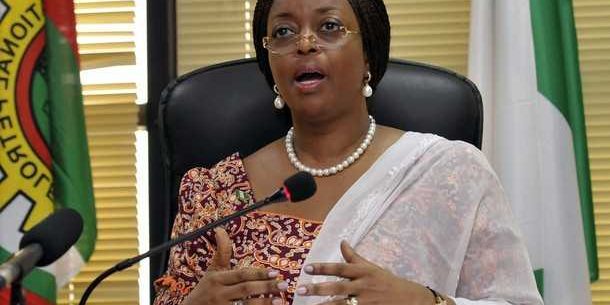 The Federal Government is planning to construct the longest gas pipeline in the country from Calabar via Ajaokuta to Kano State.

This is part of efforts aimed at ensuring steady supply of gas to meet growing market demand.

According to the statement, the Minister of Petroleum Resources, Mrs. Diezani Alison-Madueke, gave the hint while delivering a paper entitled “Encouraging investment in gas production, supply and consumption” at a threeday national conference on gas resources organised by the Senate Committee on Gas Resources.

“By the end of the year, we will be commencing, via Public Private Partnership (PPP) scheme, the nation’s longest pipeline from Calabar via Ajaokuta to Kano State,” Alison-Madueke stated.

Represented by NNPC Group Managing Director, Mr. Andrew Yakubu, the minister said that at present, the Federal Government was constructing the East-West pipeline while the Lagos end segment of the Escravos to Lagos Pipelines System, ELPS, was nearing completion.

She explained that almost 500km of new gas pipelines had been completed and commissioned, including the doubling of the capacity of the EPLS between Escravos and Oben and the extension from Oben to Geregu and River Imo to Alaoji.

She said that government was strategising to leverage on the full potential of gas to achieve massive impact on the economy and the national Gross Domestic Product, GDP.

“We are focused on jumpstarting gas supply to enable usage in gas to power, gas based industrialisation, compressed natural gas for transportation and commercial usage, cooking gas for domestic usage and regional pipeline for gas export,” the minister stated.

She said that for government to support the aggressive short-term demand growth in the power sector, a domestic gas supply obligation regulation, which mandated a certain amount of gas supply for the domestic market, pending the full maturation of the market, was introduced.

Alison-Madueke expressed confidence that the market would ultimately drive itself for supply growth, adding that the long run expectation was for less dependence on supply via obligation.

In order to boost investor confidence in natural gas, she said government had reviewed the contractual framework for gas through the development of world-class standardised gas supply agreements in addition to Network Code, which governed the flow of gas across the nation’s pipeline network and provided rules for open access. Alison-Madueke noted that the use of natural gas instead of petrol had translated into significant savings for over 4,000 taxi drivers in Benin who were already using this alternative energy source. The minister also said that the Federal Government’s efforts at eliminating gas flaring was making significant impact as flare out rate dropped from 25 per cent to 11 per cent of production.

“Many of the International Oil Companies, IOCs, are fast approaching full flares out as the gas obligation and infrastructure growth have all combined to enable utilisation of hitherto flared gas,” Alison-Madueke stated.

She called on stakeholders to put more effort towards full market liberalisation and address the very urgent challenge of increasing supply to the power sector.

The Chairman, Senate Committee on Gas Resources, Nkechi Nwaogu, said that Nigeria with per capita consumption of natural gas put at about 1.06kg, ranked lowest in Africa with only five per cent of her citizens having access to domestic gas.

She explained that the aim of the conference was to look at ways of filling the huge gap between gas production and utilisation in the country and reducing routine gas flaring for the benefit of the nation and its citizens.