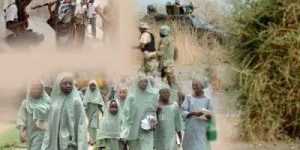 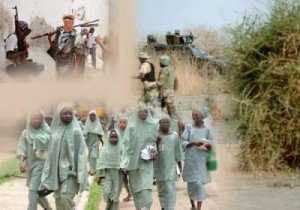 The Federal Government is close to a deal with Boko Haram on the 219 abducted girls,

A likely swap of the girls with some detained Boko Haram members is said to be “very strong” on the cards, although the government has not made up its mind.

Our correspondent gathered that there had been intense talks with the insurgents in the last 14 days.

But the sources declined to name the groups and personalities involved in the talks.

One of the facilitators, who pleaded not to be named because he is not authorised to talk to the media, said: “We are inching to a reasonable agreement on the release of the Chibok girls. I think a fundamental result will soon be achieved.

“The mediators are really sincere to end the hostage of the girls. There will be something positive soon.”

The facilitator, who refused to divulge the details of what he termed the “new deal”, said: “All the parties are hopeful. That was why the Council of State was optimistic about approach to the rescue of the Chibok girls by the government.”

Sources in government and the military confirmed the development.

One said: “The military hierarchy is aware that a kind of negotiation or discussion is on and it is being facilitated by some mediators. This is purely a government thing.

“The government is actually flowing along with the insurgents, but it is treating all issues with ‘great’ caution.

“The government did not reject the offer to have talks with representatives of the insurgents; it is only being careful because no one is sure of the commitment of Boko Haram leadership to the truce.

Responding to a question, the source added: “The mediators have been making some demands like go and put certain things in place or a number of vehicles in some places or some logistics for the release of the girls.

“The government cannot just jump at the logistics without getting the right signal that the insurgents are sincere.”

The Chairman of the Presidential Fact-Finding Committee on the abduction of Chibok girls, Brig.-Gen. Ibrahim Sabo(rtd), told President Goodluck Jonathan  last month that the abduction was real, contrary to the misinterpretation in some quarters.

He also said 276 Government Girls Secondary School in Chibok pupils were abducted but 219 girls were unaccounted for as at the time of submitting the report.

He said 57 of the abducted pupils had been reunited with their families after fleeing from the insurgents.

Chairman, Northern States Governors Forum ( NSGF) and Niger State Governor Babangida Aliyu, said the Military is aware of where the girls are.

He said the military was being cautious so as not to endanger the lives of the girls.

Aliyu, who spoke in Minna while receiving members of the National Christian Pilgrims Commission (NCPC),said the Council of State at its Tuesday meeting advised that federal and state governments should fight the sect to a standstill.

“It is true the military know where our girls are, they have taken decision and are waiting for the right time. In trying to save the girls, the military does not want to give these terrorists the opportunity to kill the girls. We don’t have to throw the baby and the birth water away at the same time.

“You cannot be sympathetic to people who keep on killing, abducting, and kidnapping people, people whose source of fund is the ransom of kidnapping. We don’t have to keep supporting them. The government would do everything possible to fight Boko Haram to a standstill.”