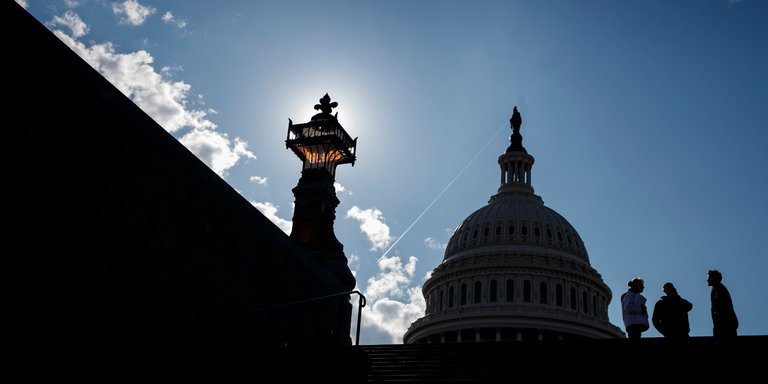 WASHINGTON — The federal government’s annual budget deficit is set to widen significantly in the next few years, topping $1 trillion in 2020 despite healthy economic growth, according to new projections from the nonpartisan Congressional Budget Office.

The national debt, which has topped $21 trillion, is expected to soar to more than $33 trillion in 2028. By then, debt held by the public will almost match the size of the nation’s economy, reaching 96 percent of gross domestic product, a higher level than any point since just after World War II and well past the level that economists say could court a crisis.

The new C.B.O. projection is the first since President Trump signed a tax cut that is expected to cost the government nearly $1.9 trillion over 11 years, then signed legislation to significantly boost military and domestic spending over the next two years. The figures are sobering, even in a political climate where deficit concerns appear to be receding.

The government’s mounting debt has seemed of little consequence on Capitol Hill in recent months as Republicans in Congress successfully worked to pass a sweeping package of tax cuts. But in a sign that Republicans are growing concerned about the political liability of soaring deficits, the House will vote Thursday on a constitutional amendment to require balanced budgets. Since such constitutional amendments require two-thirds of the House and Senate to agree, it is unlikely to pass Congress, let alone be ratified by the states.

But the flurry of recent legislation is making it difficult for Republicans to continue blaming President Barack Obama and Democrats for the government’s fiscal condition.

This year, lawmakers approved a two-year budget deal that raised strict caps on military and domestic spending by about $300 billion. That deal paved the way for Congress to pass a $1.3 trillion spending bill last month. That became law just weeks after the tax cut went into effect.