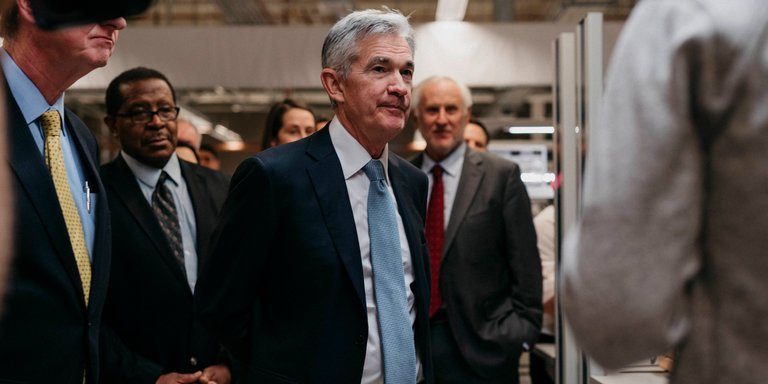 WASHINGTON — Federal Reserve Board policymakers raised concerns at their March meeting about the prospect of the United States heading into a global trade war, zeroing in on potential harm to American farmers such a clash would cause, according to minutes of the meeting released by the Fed on Wednesday.

The officials also expressed uncertainty about how newly enacted tax cuts would affect the economy, partly because the cuts are expected to exacerbate the swelling of federal budget deficits, and because some of the cuts are to expire in the years ahead. Policymakers also expressed unanimous, increased confidence in the strength of the country’s economic recovery, even accounting for trade and tax uncertainties.

The minutes of the meeting, on March 20 and 21, provide more detail into the concerns being raised by the farm industry about the potential domestic impact of President Trump’s plan to impose a 25 percent tariff on imported steel and 10 percent on aluminum.

“Participants did not see the steel and aluminum tariffs, by themselves, as likely to have a significant effect on the national economic outlook,” the minutes read, “but a strong majority of participants viewed the prospect of retaliatory trade actions by other countries, as well as other issues and uncertainties associated with trade policies, as downside risks for the U.S. economy. Contacts in the agricultural sector reported feeling particularly vulnerable to retaliation.”

Fed policymakers also said at the meeting that they expected the combination of the tax cuts signed by Mr. Trump last year and a bipartisan congressional deal this year to increase federal spending to give economic output “a significant boost” in the next few years.

However, the minutes reflect officials’ uncertainty about how big that boost might be, and when it might come, because there is little historical precedent for such fiscal stimulus when unemployment is so low. The minutes also show that policymakers “suggested that uncertainty about whether all elements of the tax cuts would be made permanent, or about the implications of higher budget deficits for fiscal sustainability and real interest rates, represented sources of downside risk to the economic outlook.”

The meeting was the first under the Fed’s new chairman, Jerome H. Powell. At the session’s conclusion, officials announced that they would raise interest rates for the sixth time since the end of the Great Recession, in the range of 1.5 to 1.75 percent. Officials released economic projections indicating that they expected to raise rates three times next year, more than the two increases in 2019 that they had forecast in December. The Fed said at the time the economy was continuing to get stronger and that the central bank remained on track to keep raising rates gradually. Mr. Powell echoed those sentiments at a news conference after the meeting.

The minutes suggest that decision on interest rates generated little controversy: “All participants agreed that the outlook for the economy beyond the current quarter had strengthened in recent months,” and that they expected the annual inflation rate to rise in the months to come.

But the minutes say that a “couple of participants” suggested the Fed would benefit from holding off until a future meeting to raise rates, in order to wait for more data to confirm evidence that the rate of inflation was approaching the Fed’s target of 2 percent annual growth.

Officials also debated the benefits of the economy’s running hot — with unemployment very low and growth above forecast trends — for a prolonged period of time, weighing the potential for drawing more workers back to the labor force against the risk of financial instability and “significant” inflation growth.

Officials seemed to shrug off the increase in stock market volatility in February, attributing it in part to Labor Department reports that the suggested growth in wages — and, with it, inflation — was gaining steam, which could force the Fed to raise rates faster than expected. “Many participants reported that their contacts had taken the previous month’s turbulence in stride,” the minutes read.

The official statement released immediately after the March meeting did not mention trade policy concerns, which roiled financial markets after the Trump administration announced its plans to impose tariffs on imported steel and aluminum, as well as on some other Chinese goods. Mr. Powell acknowledged those concerns at his news conference, saying that trade policy had begun to worry business leaders who speak with Fed officials. Still, he played down any immediate threat to growth.

“There’s no thought that changes in trade policy should have an effect on the current outlook,” Mr. Powell said at the news conference, adding that could change if a global trade dispute escalated.

In a speech in Chicago last week, Mr. Powell elaborated on the Federal Open Market Committee’s concerns during a question-and-answer session.

“The discussion about tariffs is at a relatively early stage, and we talked about this at the F.O.M.C. meeting a couple of weeks ago now,” he said. “And people really don’t see yet any implications in the near term for the outlook, because we don’t know the extent to which the tariffs will actually come into effect and, if so, how big will that effect be and what will the timing of it be.”

Any negative effects from tariffs could put the Fed in a bind, forcing policymakers to break what Mr. Powell and his predecessors have repeatedly characterized as a delicate balance between supporting economic growth and job creation, and holding inflation to the target growth rate. Economists generally view tariff fallout as stagflationary, meaning it hurts growth and also feeds inflation. Taxes on imported goods raise prices for businesses and consumers, pushing up the inflation rate, while also dampening consumption and economic growth.

The minutes suggest that Fed officials are worrying more about that possibility than they have acknowledged publicly: “Most participants also cited trade policy as a source of either uncertainty or downside risk,” the minutes say.

A version of this article appears in print on April 12, 2018, on Page B7 of the New York edition with the headline: Fed Expresses Concerns Over Trade and Tax Cuts. Order Reprints| Today's Paper|Subscribe